Why does salt melt ice? 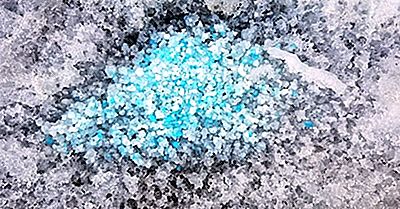 Why does salt melt ice?

In the northern regions, around twenty million tons of salt are used annually to melt ice and snow in winter. The science behind this isn't rocket science, but not everyone can tell why salt melts ice. First of all, it is important to understand the freezing point of water. At 32 ° F (0O C) Water freezes and solidifies. At this temperature the ice forms a thin layer on top of the road. The water on top of the ice melts it while the ice freezes the water below. At 0O C, the exchange rate between ice and water remains constant and the amount of ice and water remains the same. When the temperature rises above zero degrees, more ice melts into liquid, but when the temperature falls, more water becomes ice. Impurities lower the freezing point of water. If an ionic compound like salt is added to water, the water would no longer freeze at 0OC but a lower temperature. However, the water can still melt ice at the temperature which means there is less ice and more water on the road.

How salt lowers the freezing point

Salt lowers the freezing point of water through a concept known as "freezing point depression". The salt makes it difficult for the water molecules to combine with one another in their natural form. Salt is soluble in water and when it dissolves it breaks down into its permanent elements. The normal table salt (sodium chloride (NaCl)) breaks down into sodium ions and chloride ions. NACL is used to melt ice on a smaller scale as the compound breaks into an ion of sodium and a chloride. When ice is melted on a large scale, calcium chloride (CaCl & sub2;2) is used because it breaks down into three ions, one calcium and two chlorides. As more ions are released, there is a greater barrier for molecules that adhere to each other.

Effects of chlorides on the environment

Although chlorides are among the most potent compounds used to melt ice and snow, they have adverse effects on the environment. Chlorine is used to kill pathogens in water that harm aquatic animals. It dehydrates plants and insects, changing the food web. Chloride is known to inhibit the growth of plants when used to kill pathogens in the soil. Other compounds, including ammonium sulfate (NH4), 2SO4, ammonium nitrate (NH4NO3), and potassium acetate (CH3COOK), are less environmentally harmful but too expensive to be used on a large scale. Airports are known to use urea, alcohols and glycols to remove snow from runways. 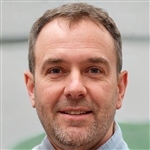