What can you say about road building

Is the contribution to road construction deductible?

There are sure to be one or the other who has never heard of the road construction subsidy. In short, municipalities can collect it from residents for the construction of roads and road drainage. For example, if a municipality decides to pave or asphalt a sandy road, it can at least partially pass the costs on to the residents. They can look forward to a new road, but they also have to pay for it. The exciting question: Can these costs be deducted from tax?

Such a road expansion means for the residents concerned that they not only have to pay a few euros. Several thousand euros are the rule for the so-called development contributions. The residents cannot defend themselves against this (“I don't want a new street at all”). It would be nice if at least the costs could be deducted from the tax. The key word here is (household-related) craftsmen's services. 20 percent of the costs can be deducted from this with the tax return, but a maximum of 1,200 euros per year. It should be noted that everything is on account, the money is not paid in cash and that the costs only include labor and travel costs, but not the material. The most important condition, however, is that it is close to the household, there must be a connection with the household. This always includes house / apartment and property. In addition, it becomes more difficult, even if the term “spatial-functional” is now used and does not generally end at the property boundary.

What about the road construction contribution?

After the explanations just given, it is already clear that the road construction contribution is a borderline case. It is indeed related to the budget, but not directly. In a specific case in Brandenburg, the tax office did not recognize the costs. Reason: a letter from the Federal Ministry of Finance dated November 9, 2016 stipulates that public sector measures are not deductible. An objection to the tax assessment did not help either, which is why there was a lawsuit before the finance court Berlin-Brandenburg (Az: 3 K 3130/17). The taxpayers' association supports the lawsuit and sees it as a model lawsuit. Because: There were court rulings before: one in Nuremberg in the (tax) sense of the residents, one in Berlin-Brandenburg against the residents, because there would be no connection to the household.
So it remains exciting, we will definitely stay tuned.

How should i act?

If you say now, man, that will affect me soon too, then you should read on here. Important in advance: Usually the decision on the road construction contribution only contains a total amount - but as mentioned above, only the labor and travel costs may be claimed for the tax. The material (a not insignificant item here) must not be included. If this cannot be clearly clarified, you should only apply 50 percent of the total costs and state these as craftsman services in the tax return. Presumably the tax office will throw it off, then you have to object to the tax assessment and at the same time request that the proceedings be suspended. Please refer to the procedure mentioned and also to a similar procedure at the Federal Fiscal Court (Az: VI R 18/16).

Summary: The road construction contribution can usually not be deducted as a craftsman's service in the tax return. However, there is currently a model lawsuit - in order to finally get legal clarity. 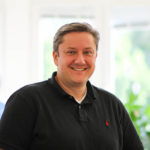 As a tax law attorney, Stefan himself understands the laws that make her own authors despair. In doing so, he refutes the rumor that lawyers cannot calculate - to the delight of our customers and the annoyance of the tax office. As managing director of smartsteuer, Stefan keeps the team together with his harmonious nature and focuses it on the common goal: the simplest tax return.
Turn your insider knowledge into money!
Start your tax return