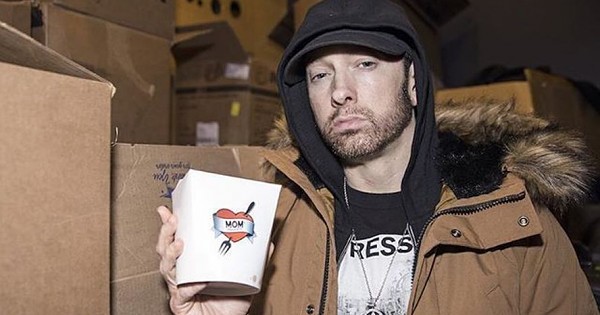 Eminem still knows how to provoke after a career of over 20 years (Image: Instagram / Eminem)

In a new song, 47-year-old US rap star Eminem asks what would happen if he came out gay. An excerpt from the song, which he recorded with his 31-year-old rap colleague Joyner Lucas, was leaked on the Internet last week - and attracted attention on social media.

Eminem had been harshly criticized by LGBTI activists, especially at the beginning of his career in the late 1990s, for repeatedly using the word "fagot" (fagot) as a swear word in his songs. This is harmful because he is practically giving young fans permission to abuse allegedly gay classmates as "fagots".

The rapper also received support from the community, for example from the openly gay singer Elton John, who appeared together with Eminem at the 2001 Grammy Awards. The LGBTI organization GLAAD was "horrified that John was sharing the stage with an artist whose words and deeds propagate hatred and violence against gays and lesbians".

Even in the last few years there was still controversy: In 2015 Eminem released another album in which he once again talked about "fagots". In an interview he insisted that the word "fagot" had nothing to do with homosexuality, but was a generic expression for "bastard" or "asshole" (queer.de reported).

In the political debate about LGBTI rights, Eminem was liberal: he declared in 2010 that he was a proponent of opening up marriage to gays and lesbians (queer.de reported). (cw)