What are the some neglected inventions

On the 200th anniversary of his death, we take a look at the Scottish inventor who helped the steam engine to break through and who no longer experienced his own physical unit: James Watt. What remains of his inventions and what can we still learn from him today? 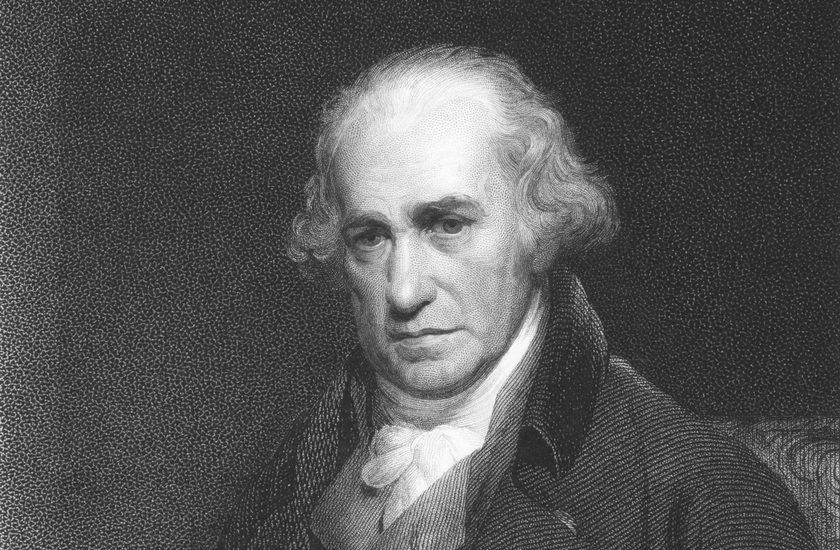 August 25th marks the 200th anniversary of the death of the Scottish engineer James Watt. When he died in 1819, the world was very different than it is today. In Vienna the reorganization of Europe after Napoleon had just been organized, in Teplitz the Austrian Foreign Minister Prince von Metternich and the Prussian King Friedrich Wilhelm III agreed. Measures to monitor liberalism and nationalism in the German Confederation and, if necessary, to combat them. Watt no longer noticed the Karlsbad resolutions that resulted from it.

Economically and scientifically, however, there was also a lot going on at the time: The kaleidoscope was presented in Scotland, the siren in France. England struggled with the effects of the industrial revolution, which, in addition to child labor, had primarily brought about poverty and the division of society. That it could come to this, Watt had also done his part.

James Watt is considered by some to be the inventor of the steam engine, but he wasn't. Instead, he invented many other things, which we will briefly introduce here in detail.

James Watt is immortal to this day because he gave his name to electrical power. Strangely enough, however, he only contributed indirectly. It was not until the end of the 19th century - long after Watt's death - that the British Science Association named the physical quantity of power after the Scottish engineer. In 1960 the International System of Units took over the name. To this day, watt indicates the energy expenditure per period and is abbreviated with W.

1 watt corresponds to 1 joule per second.

In electric motors, watt replaced the previously common unit of horsepower, or PS for short. And that, in turn, was invented by none other than James Watt himself. By specifying horsepower, he wanted to demonstrate to people what power a steam engine could produce. Instead of a unit that probably wouldn't have said anything else to most people, Watt chose horsepower, with which the physically unsuspecting could see what a machine was capable of.

James Watt did not invent the steam engine, but he significantly improved its efficiency. His job as a young mechanic at the University of Glasgow was actually to repair a steam engine. The models based on the Thomas Newcomen design were used in mines at that time. They powered the pumps that kept the water out of the pits. However, they mainly worked with air pressure, the steam was rather neglected.

Watt solved this design flaw in the first steam engine by removing the condensation process from the cylinder and storing it in a separate container. The steam engine thus achieved significantly more output than before and the operators were also able to save a large amount of hard coal. Watt patented this innovation on January 5, 1769 under the number 913. So Watt is the inventor of the Capacitor, an essential part of the steam engine.

A few years later, the Watt's steam engine powered a locomotive and steamship that crossed the Hudson in 1807. Above all, however, the further development of the steam engine by Watt laid an important foundation stone for the industrial revolution.

In addition, James Watt developed an iron press with which documents could be reproduced. This early predecessor of the copier went as a Watt's press in the machine books. With this construction based on a screw press, merchants, for example, copied their ink-written documents. Anyone who owned a Wattsche press could save themselves handwritten copying of documents.

Watt held another patent for an invention that he had not even made himself. The Planetary gear as a connection of the balancing flywheel shaft was developed by William Murdoch and was intended to compete with the crankshaft by James Pickard. In general, Watt seemed to have taken a liking to patents and thus often thwarted the further development of his machines by others. For example, Jonathan Hornblower was unable to establish himself with his composite steam engine, although it would have been more efficient than Watt's patented steam engine.

Watt used his patents wisely. Together with his business partner and former financier Matthew Boulton, he ousted competing inventions by other engineers from the market and instead loaned his steam engines to aspiring industrialists and mine operators. He earned his money with the rental and the savings that he could offer the buyers with his machine. After all, according to his design, the steam engine consumed only a third of the fuel of previous designs. So Watt not only invented, he also earned money from his inventions. Incidentally, this innovative strength paired with a healthy business acumen distinguishes the Scot James Watt from many other great inventors.

For the 200th anniversary of his death, his former place of work, the University of Glasgow, came up with something very special. In honor of James Watts, university students created a model of his steam engine - with 800 individual parts from the 3D printer.

More about inventors and inventions

How you can enforce your patent rights and how employee inventions are remunerated.

Leonardo da Vinci - what remains of the master?