Who is the Tashkent man

The Roma of Tashkent: visit a neighborhood closed to curious strangers

In Tashkent, as in all larger cities of Uzbekistan and all of Central Asia, Luli Roma are not uncommon. A visit to the district “Chashma” (Uzbek for “spring”), on the outskirts of the capital on the Vodnik massif in the Bektemir district, where only Luli Roma live. The following article was published in Russian by Fergana News; we have translated it with the kind permission of the editors.

What is meant by “Luli” is not clearly established. Some members of this population group believe that the word comes from "Shuga". It is believed that their ancestors came from Egypt, and the word "Shuga" means "searching people". You call yourself Mugat. The language of the Luli is one of the dialects of the Tajik language, so they are often noted as Tajiks in passports.

Luli are Sunni Muslims, although most of them don't show much religious zeal. Women do not cover their faces, do not turn away or walk away when they see a stranger, they are also easily drawn into men's conversations. Women provide the main income for the family, although the man is without question the head of the family. Weddings usually take place in the bride's house, but at the expense of the groom's family. Some customs are similar to those of the European Roma, such as resolving conflicts and having a community representative present to contact the outside world.

Novastan is the only German-language news magazine about Central Asia. We work on a club basis and Thanks to your participation. We are independent and want to stay that way, that's why we need you! Through every little one donation you help us to further convey a realistic picture of Central Asia.

The unjust image of "dirty beggars"

Fergana correspondents went to the Chashma district to try to get in touch with these people. Aleksandr Barkovsky, a well-known artist and video artist from Tashkent who has been dealing with this topic for almost ten years, guided us correspondents through the world of the Luli-Roma: He visits this Mahalla [District, note by the Editorial staff] regularly, familiarizes himself with its residents and photographs them with his camera in order to create picturesque collages from these images. On the way, the artist explains why he is so attracted to the Luli.

The search for a positive image of the Roma is partly connected with calling on various humanitarian foundations and institutions that wish to stay in their comfort zone, says Barkovsky. "The Luli Roma initially attracted me because of their marginalization - or because of their ability to remain free within the system. I would suggest rethinking our image of a “positive hero” in the glossy media and questioning whether one can only become a “successful man” as a Gazprom manager or Wall Street broker ”, so Barkovsky. 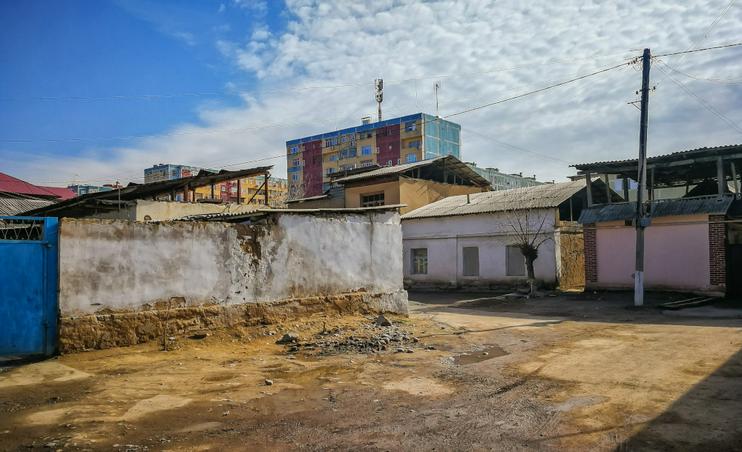 “And what to do with the rubbish that we thoughtlessly throw away in plastic bags? Who sorts it, who cleans the markets and streets of the city, who collects waste paper, eggplants, scrap metal ...? The Luli-Roma have taken on this difficult and not very prestigious task of recycling the waste of our society. In return, we gave them the image of “dirty beggars”, a contemptuous attitude and problems with the law,“Concludes the artist.

Read also at Novastan: The Jewish minority in Central Asia - How do they live today?

When we arrive on site, Barkovsky says that the Chashma Mahalla is under the special control of the Interior Ministry and the State Security Service. Security staff regularly visited this area within and around it, and entered the houses in which every resident was registered with them. He warns: "It is uncertain how the local residents will react to us, and it cannot be taken for granted that anyone will be open to us."

We are looking for the chairman of the Chashma Mahalla Committee, Zafar. He evades the interview, refers to urgent matters and hands it over to his deputy Zulfiya Irgasheva. We go deep into the neighborhood with this elderly woman, and people come out of their homes to see us. You are obviously interested.

Alexander gives them pictures he took five years ago in the hope that it will help us to contact them. Unfortunately, this remains unsuccessful. People are not inclined to talk about themselves. I manage to speak a little bit with an old woman named Nigora Xamdamova. It turns out that there are three families of five in their house. In addition to her husband, there are three children in her family. Her parents had an education, they worked on the Mahalla committee. Her husband, Abduhamid Xamdamov, "Is currently resting in Samarkand", and yourself "Buys and sells" Clothes in the Yangiabad barracks in Tashkent.

A middle-aged man named Sodir is even more taciturn. The only thing that can be found out from him is that in the same Yangiabad barracks he is engaged in private transportation and iron bought by the citizens of Tashkent, mainly spare parts for cars and sanitary ware (pipes and batteries), into theirs Houses. And women from his family, just like Nigora Xamdamova, sell various things on.

This ends the interview with the Roma - we are not yet able to find out anything about the other residents of the Mahalla. But Zulfiya Irgasheva, deputy chairman of the Mahalla and adviser on family, women and girls, agrees to share more about her cultural heritage. 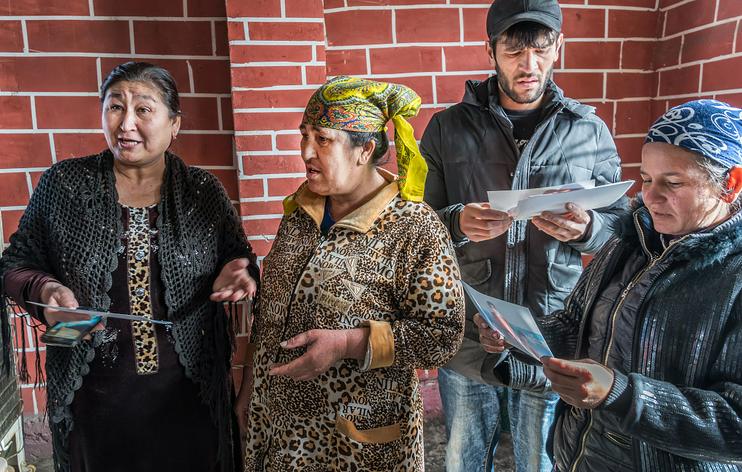 She has been in her position since 2011. Today she works in the Chashma Mahalla. 108 apartments, 651 families - that's 1405 people, of whom only 260 are minors. Young brides usually stay at home and raise their children. All children older than that study at the local secondary school No. 293 - in grades 1 to 11. Although in 2011 no more than 20 teenagers attended school.

Among the graduates there are girls who graduated from this school with a gold medal, but they did not enroll in higher education because they all got married. However, in recent years, 11 Mahalla youth have graduated from college. Many children visit a sports complex where they practice boxing, karate, wrestling and football. Some go to the Mahalla Committee class where they play checkers and chess and even read books.

The "Rais" of the Mahalla

Consultant Irgasheva has known this neighborhood since 1989 when she started working as a saleswoman in a nearby store. At that time the settlement was small and was not considered a Mahalla, the Mahalla Committee was only established here in 1996. Its chairman has been Kuntugmush Axkulov since 2008. As it turned out, Zafar is just his nickname. Nobody calls him "Baron". There used to be barons among the Roma in Uzbekistan, but now they are called “rais” (Uzbek for “chairman”).

The whole Mahalla honors the exemplary family man and father of four children, Axkulov, and obeys his every word. He is a member of the Oliy Majlis (Parliament) and has been elected to this office twice. At the end of last year he was awarded the medal Mahalla Fahri (“Pride of the Mahalla”) conferred by the Hokim of the city [= Mayor's note Red.] Jahongir Artykhodjaev received.

When asked by journalists whether only “gypsies” lived in the Mahalla, Irgasheva said that the residents do not call themselves “Luli gypsies”. “Maybe they consider themselves Luli Roma internally, but no one outside has the right to call them that, it is seen as unsightly”stresses Irgasheva.

Read also at Novastan: How do people live in eastern Kazakhstan, on the border with China?

Since 2011 there have been no street beggars in the Chashma Mahalla. Begging was stopped after a series of government campaigns aimed at banning begging, including 15 days in detention, Vice-Chair Irgasheva said. Almost 30 women from the Mahalla are now officially (according to the workbook) as caretakers at the Bektemir district election in Tashkent.

In the immediate vicinity of the Chashma Mahalla, on Suvsoz Street, there is a residential area consisting of ten typical two-story houses. Two years ago, according to the chairman of the house committee named Fai, residents of the district applied to the district attorney's office to erect a fence between their homes and the Chashma Mahalla. The reasons given include petty theft and hooliganism by neighbors. In the Mahalla they were initially against it and saw it as a form of discrimination. Then Zafar agreed, and a muted iron fence appeared between the chashma and the two-story houses.

Whether it helped is a big question. Stereotypes, prejudices and mutual distrust have not disappeared, coexistence has not become easier.

Translated from the Russian by Hannah Riedler

You can find even more Central Asia on our social media channels, take a look at Twitter, Facebook, Telegram, Linkedin or Instagram. For Central Asia, you can also register for our weekly newsletter directly in your mailbox.