What oatmeal is gluten free 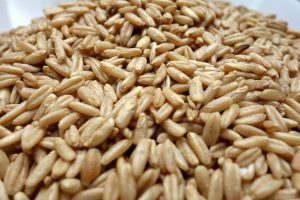 The internet answers this question exactly right: yes, no, maybe. Oats have the status of the healthiest of all cereals. The reason is its impressive nutritional content: thanks to the bank of vitamins and minerals, it is always at the forefront of cereals. Beyond this reductionist perspective, oats, as a robust, undemanding plant, offer a distinctive, nutty taste. It is the basis for porridge, the filling of haggis and an ingredient in cookies.

As a grain, oats can be found alongside other species such as barley, rye and wheat. This puts him in dubious company, because these relatives contain gluten. This is a problem for people with specific illnesses such as gluten intolerance or celiac disease. It is precisely these people - and many more, since a widespread, hysterical trend wave of general fear of gluten - are often faced with the question:

Yes, no, maybe - in order to understand the correctness of this result, we do not have to dive into quantum physics, but just differentiate. This includes a brief overview of the nature of gluten to make it easier to understand.

In fact, no grain contains gluten, only gluten components that combine with water to form gluten (i.e. when consumed at the latest).1 These components are each a protein from two different groups, the prolamines and the glutenins.

Every grain contains prolamins and glutelins.2 In wheat these are gliadin and glutenin, rye contains secalin and secalinin. Oats also contain these substances with avenin and avenalin. Even in rice, which is undisputedly recognized as gluten-free, these groups of substances are found in the form of oryzin and oryzenin.

However, the general public - or the vernacular - agrees that this is not true. There is only disagreement in the details. The cause is the unclear definition.3 The highly acclaimed Harold McGee describes in On food and cooking, his standard work on kitchen science, Gliadin and Glutenin as the Gluten proteins, strictly speaking only means wheat. When it comes to celiac disease and gluten intolerance, many texts refer solely to the wheat prolamin gliadin as the culprit, but at the same time there is a warning against rye and barley. In this context, wheat, rye and barley are taboo, but not corn, rice and millet.

So the answer depends on whether you're asking the question to a baker, an engineer, or a celiac patient. If you ask a baking engineer with celiac disease, you may experience spontaneous spontaneous combustion. High time to rephrase the question:

Can I eat oats if I have celiac disease or gluten intolerance?

The German Celiac Society tends to say yes, provided the product is uncontaminated, i.e. not contaminated by wheat residues from a mill.4 For the celiac patient, oats do not contain gluten. However, this is a greatly simplified representation.

Can i bake with oats?

Not like with wheat. Most bakers will certify that oats are gluten-free. However, some also deny that rye and barley are able to produce proper gluten and therefore add wheat flour to their bread. From a baker's perspective, this is absolutely understandable, because the rye gluten is not strong enough for an airy, fluffy bread.

Neither of these answers is really correct

Celiac disease and gluten intolerance are not about gluten. And it's not just about gliadin, but about the sequences of amino acids that make up this protein. Sequences that we find in a similarly problematic form in some types of corn (which is generally considered gluten-free).5 In the case of oats, too, there is not as much agreement as the DZG declaration suggests due to the differences in variety.6 Science is divided. Even individual, specialized researchers like Dr. Evan Newnham have to constantly reformulate and differentiate their findings, oscillating between yes7 and8 No9.

There are no oats

Even if one is within the oats genus (Avena) on the two types of cultivation Avena sativa and Avena nuda limited, there are dozens of varieties with varying ingredients. So what we call oats is just a rough summary and does not do justice to the actual object. This applies even more to agriculturally more widespread species such as wheat. We can learn from the research results that we have to differentiate and communicate at least with regard to celiac disease and gluten intolerance. Otherwise we make an entire genus taboo, although the problem only affects a few varieties. Such simplifications may be easier to implement, but they are seldom correct.

At the same time, we gain a lot if we take a closer look at our food and start to differentiate between varieties. Different compositions also mean varying tastes. While the supermarket shelf only offers wheat flour as an unspecific mass of mixed, high-yielding varieties, some wheat treasures with a uniquely intense aroma also grow in the fields.

It's easy for the baker. He can quickly find out which grain and which type are suitable for baking the desired bread. By trying it out. If he knows his trade, he chooses his flour with a higher or lower protein content according to the area of ​​application. Depending on the tradition, he chooses durum wheat or soft wheat, and if he is very passionate, he works closely with his miller and perhaps also farmers to get exactly the degree of grinding, the mixture and the freshness that he wants.

What is the answer? Is there gluten in oats?

In practical terms: No. If introduced carefully, the German Celiac Society considers it to be a possible part of a gluten-free diet. And even bakers would hardly count it among the group of gluten-containing grains from a craft perspective.

Engineers and scientists may disagree that oats technically contain gluten. But eating is ultimately a practice and whoever asks the eponymous question is mostly interested in it.

The colorful range between a resounding yes or no to this question depends on many variables. Underneath

It is precisely these variables that also directly influence taste and nutritional content. They remind you to choose carefully instead of blindly reaching for the next bag of goods. Traditional food cultures, as in large parts of Asia, distinguish dozen types of rice and often recognize them by their taste alone.

Paying attention to such details enriches your senses and your entire diet. 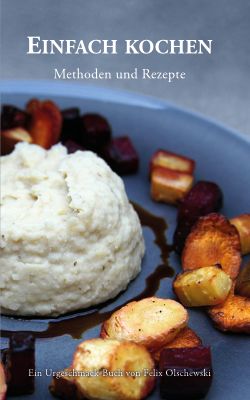