How do I turn off Gmail Hangout

GMail & Google Meet: This is how the integration of the video conference platform can be hidden again

The video conferencing solution Google Meet has made a tremendous rise in the last few weeks due to the situation and gained relevance for Google - on many levels. In the course of this, Google Meet was not only released for free use for all users, but also integrated into GMail - which by no means every user likes. Now this meet widget should be able to be hidden again.

Despite numerous messenger attempts in the last 15 years, GMail is still Google's most popular communication solution and will probably always be. No wonder that the messengers have also been repeatedly integrated into the interface of the mail app and are directly available in the sidebar. It began many years ago with Google Talk, later with GMail Chat and today, as before, Hangouts and Google Meet.

In order to bring Google Meet into the focus of many users, the video conferencing software was integrated directly into GMail and the user was informed of this very clearly when it was first accessed. This should be very practical for many home office users, but for many others it is simply - you have to put it this way - a waste of space and reduces the space available for the side menu. It can soon be over with that. 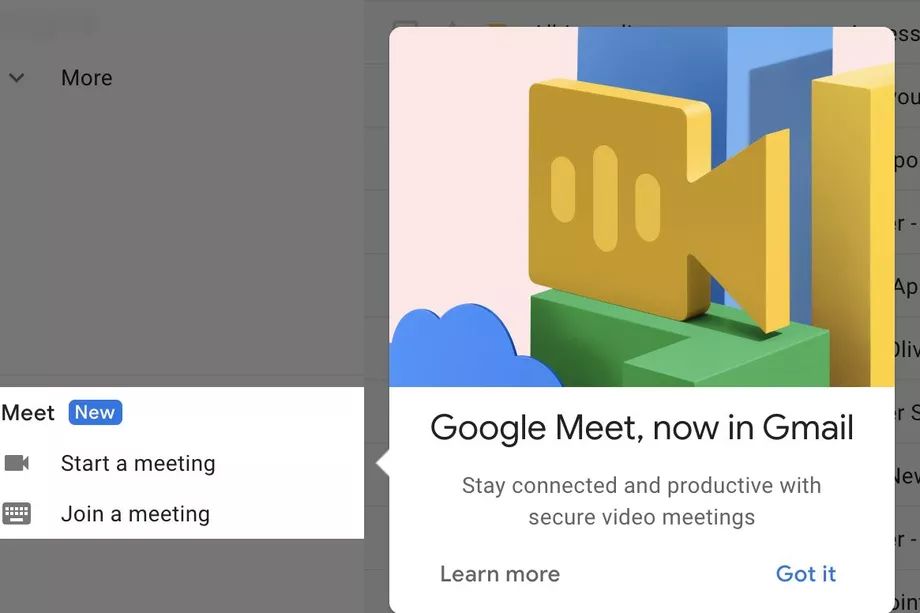 So it can be hidden
Google has now announced that G Suite users will soon have the option of removing Meet from this area and completely deactivating it in GMail. All you have to do is switch to the new area “Chat & Meet” in the GMail settings and deactivate the integration there accordingly. This possibility has existed for the Hangouts integration for many years and should work the same way.

Unfortunately, it remains unclear which users can hide Meet. The announcement relates purely to G Suite users and does not explicitly speak of users of the private version. The removal instructions can only be found in the English version of the Support Center and are not mentioned in the German version. So just check it out from time to time. If it doesn't work, sooner or later you'll have to work with Chrome extensions 😉

»Instructions in the Google Support Center

Google Meet: Finally no more tidying up - new feature for hiding the background is coming