Donald Trump's most important political legacy is his China policy. At least that is how many in Asia see it, because the US President, as the representative of a democracy and a Christian country, stood up to the communist regime. They prefer to overlook his preference for other autocrats and his often bizarre behavior. 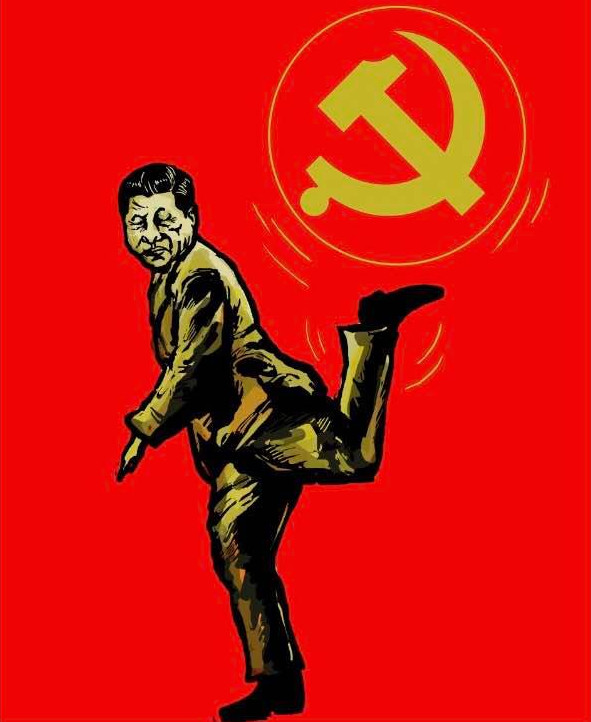 Besides 74 million voters in the United States, who else stands by President Donald Trump? Most Europeans are delighted to see him leave office. But he is still popular with right-wing rulers, demagogues and many of their supporters. Trump's admiration for autocrats, his disdain for immigrants, ethnic minorities and Muslims (with the exception of a few Saudi princes), and his contempt for liberal democratic norms fueled authoritarian governments in Hungary, Poland, Brazil, India and the Philippines. In addition, his appreciation for the Russian President Vladimir Putin was never in question.

Trump's electoral defeat is a setback for the global populist right. Although many of its leaders will remain in office longer than he did, the burgeoning anti-liberal movement would have been strengthened with a triumphant supporter of its cause in the White House. Trump also found support from a majority of the population in two democratic countries: Israel and Taiwan. Because he was seen as the most powerful enemy of their enemies Iran or China.

Israel's right-wing prime minister, Benjamin Netanyahu, got everything he wanted from the Trump administration. The Palestinians received nothing. The most fanatical supporters of Israel in the US are, by and large, Trump supporters as well. These are not American Jews, most of whom voted for Joe Biden, but evangelical Christians who believe that God gave the Holy Land to the chosen people, at least until Christ's return, after which the Jews will become Christians would have to.

Most interesting, however, is Trump's popularity in East Asia, mainly because many of his supporters there are neither right-wing nor anti-liberal - often quite the opposite. While it is true that in some parts of China people share Trump's fear of Muslims, that is not the main reason for the pro-Trump sentiment. 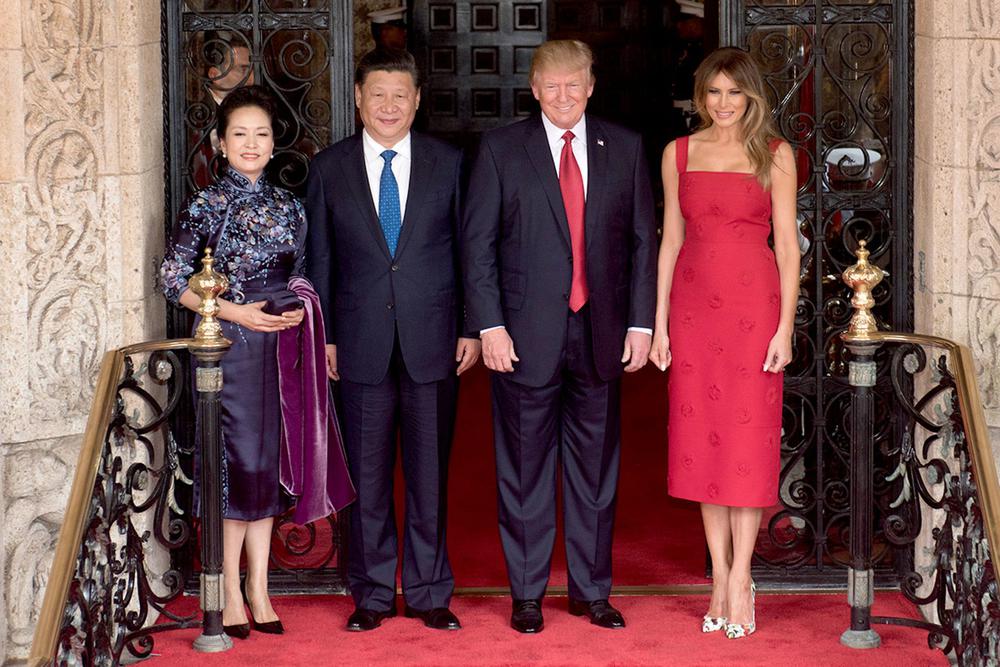 Trump liked to extol his "friendship" with Xi Jinping. The US trade war with China, which he started, nevertheless continued. DGB / White House / Public domain

A few months ago I spoke to pro-democracy activists and politicians in Hong Kong and Taiwan who see Trump as a rowdy but powerful leader of the free world against communist tyranny. The US flag was rarely missing at public demonstrations in Hong Kong and at election rallies of the Democratic Progressive Party in Taiwan.

Liberal dissidents in China are concerned about the US culture wars

Here, too, the influence of Christianity plays a role. One of the bravest democracy activists in Hong Kong is entrepreneur and newspaper magnate Jimmy Lai. Since the handover of the former British colony to China in 1997, Lai has been at the forefront of the fight for more civil liberties. He is also an ardent Catholic convert who believes that the conflict between democracy and China's communist dictatorship is a clash of cultures between the Christian free world and a backward, despotic China.

Quite a few Christian-Chinese dissidents share Lai's views. They think liberal democracy is a product of Western civilization, which is true. What is more questionable, however, is their view, according to which democracy would not have been possible without Christian faith - ancient Greece is deliberately ignored. The notion that Asians cannot be true Democrats if they are not Christians is proven wrong.

But there is more to the Chinese enthusiasm for Trump. As Ian Johnson recently wrote in the New York Times, some liberal dissidents in China are concerned about the US culture wars. They view the fanaticism of the American left through the lens of their own, even more violent, history. If you see people being hunted for ideological impurity, you will recognize the ghosts of Mao's Red Guards. For them, Trump's rowdy political incorrectness is a refreshing alternative.

But the main reason people in Hong Kong, Taiwan, Japan, South Korea and also China admire Trump is fear of the Chinese regime. Despite his sporadic flattery towards Chinese President Xi Jinping, Trump is seen as the man who stood up to China. This is his greatest legacy in the eyes of those who believe the world is divided between two great powers, one democratic and the other nominally communist. 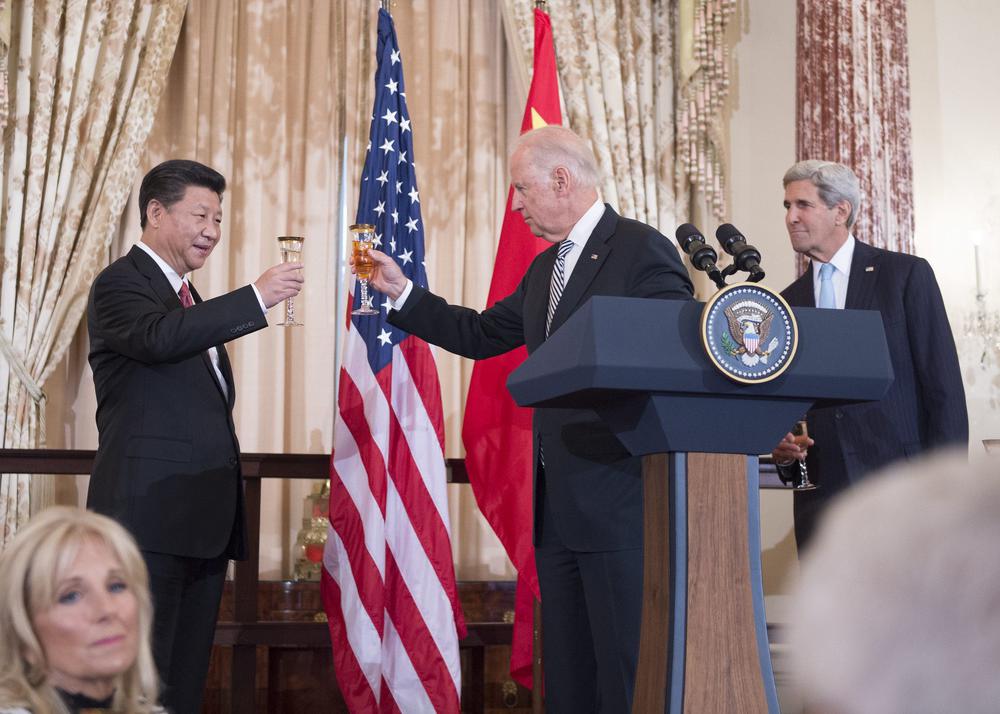 With Joe Biden, the tone in US China policy is likely to become more diplomatic. Little will change in this matter: the two current superpowers are hostile to each other. DGB / US State Department / Public Domain

Certainly, Chinese power was feared in certain countries for many centuries, regardless of whether the Chinese were emperors or communists. Many Vietnamese praise Trump, but not because they are ruled by autocratic communists themselves. Although the US devastated large parts of Vietnam in the past century, China remains the traditional enemy.

Biden is welcomed with open arms by Japan and South Korea

The attitude of South Korea and Japan towards the USA is more ambivalent. Trump has his supporters in these countries, but - unlike in Taiwan - not with the majority of the people. While Chinese power is often perceived as a threat in both countries, reliance on the US for security issues is both a necessity and a nuisance. A cocky bully in the White House increases the level of irritation. President-elect Joe Biden will almost certainly be a more popular bearer of the American burden in East Asia.

Relations with China will probably also be less volatile and more diplomatic under Biden. However, the fundamental tensions between a democratic and an autocratic superpower will persist - and will intensify as China's economic success continues. At a time of growing disillusionment with democratic governance, China is a tempting model for many. Just compare Chinese trains, airports, and other modern facilities with America's run-down infrastructure.

Whether the trains are on time is of course not the only, and certainly not the best, measure of good governance. It is well known that Mussolini's trains are always said to have been on time. At least the US has shown the world that the villain in power can still be voted out of office. But if America is to serve as a model against the Chinese system, then its last president has done everything to make it appear the less attractive system.

Translated from the English by Helga Klinger-Groier / © Project Syndicate, 2020