Why is cardiovascular disease a health priority

Access to the specialist information exclusively for members and subscribers is now activated for you.

Cardiovascular diseases are the leading cause of death in industrialized nations - both in men and women. Nevertheless, they are often viewed as a typical male disease and their danger in women is greatly underestimated. 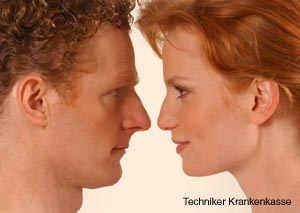 Medical research has long neglected female cardiovascular patients. Findings that were based exclusively on male samples were partially transferred to women without considering the possible influence of gender. We now know, however, that there are a number of differences in epidemiology, gender-specific clinical signs, course and prognosis of heart disease. These findings indicate the need to optimize preventive and rehabilitative measures on a gender-specific basis.

Most common cause of death

According to the Federal Statistical Office, almost every second person died in 2003 from a disease of the cardiovascular system. Around 90 percent of those who died were 65 years of age or older. On average, women develop cardiovascular disease ten years later than men, with the average age at death for women at 84 years being 8.3 years higher. The most common cause of death is chronic ischemic heart disease (insufficient blood flow in the coronary arteries) such as coronary artery disease and myocardial infarction. In 2003, this was the cause of death for almost ten percent of the men who died and for almost twelve percent of the women. The data clearly show that cardiovascular diseases are not a male problem, but are important for both sexes.

Risk factors for women and men

With regard to the development of cardiovascular diseases, the same classic risk factors can be identified in women and men: high blood pressure, diabetes mellitus, lipid metabolism disorders, smoking, obesity and physical inactivity. However, these occur with different frequency in men and women and differ - sometimes considerably - in their influence on the cardiovascular risk. It is known that men smoke more often, consume more alcohol and eat less healthily. In recent years, however, an increasing convergence of the sexes has been observed. Despite the general decline in smoking numbers, a new trend points to an increase in female smokers in their teenage years. Since the risk of women smokers taking birth control pills increases by a factor of 3 to 20, this development is particularly alarming.

Many of the traditional risk factors emerge much later in women than in men. For example, before the age of 55, more men suffer from high blood pressure, while this ratio is reversed as they get older. Especially after menopause, women are more likely to have an unfavorable combination of several risk factors. If the so-called cardiometabolic risk factors occur together - diabetes, obesity, high blood pressure and an unfavorable lipid profile - one speaks of the metabolic syndrome. Despite inconsistent classification criteria to date, research assumes that the cardiovascular risk is higher when these factors occur together than would be expected from the sum of the individual risk factors. Metabolic syndrome is more common in men than women. However, there has been an increase in younger women over the past few years, which can be attributed in particular to increasing obesity. It is also known that some of the cardiometabolic risk factors such as diabetes and high blood pressure have a much stronger influence on cardiovascular risk in women than in men. For example, male diabetics have a two-fold higher risk of developing coronary artery disease, while women with diabetes are four-fold higher than the risk of non-diabetics.

Recent studies show that psychosocial risk factors such as low socioeconomic status, lack of social support, social isolation or stress at work and in private life play an important role in the development of heart disease. Likewise, negative emotions, especially depression and hostility, affect risk. While a low socio-economic status and the dual burden of work and family increase the risk of the disease for women, the stress level at work seems to play a more important role for men.

In clinical practice, gender differences are of the utmost importance in cardiovascular diseases. It is not uncommon for the atypical symptoms in women to delay diagnosis and contribute to a higher rate of misdiagnosis. Women, for example, show the symptoms of a typical stress angina less often, in which an oppressive pain occurs in the left breast after physical exertion. And the clinical signs of myocardial infarction can also be significantly different in men and women. While a male heart attack is accompanied by acute pain and tightness in the left side of the chest, fear, paleness and cold sweat, women are more likely to experience shortness of breath, abdominal pain, back pain, dizziness, unusual tiredness and nausea. These unspecific symptoms can mean that signs of a heart attack are not interpreted as such by the women themselves, but also by relatives. This wastes valuable time before appropriate help is called, which could ultimately contribute to higher heart attack mortality in women.

With increasing knowledge of the gender-specific mechanisms of the disease process, the question of how therapeutic measures can be optimized in a gender-specific manner grows. So far, however, little is known about the design and implementation of cardiovascular prevention and intervention programs specifically for male and female patients. For both men and women, lifestyle changes must be given top priority in order to avoid or positively influence changeable risk factors. These include quitting smoking, more physical activity, a heart-healthy diet and reducing obesity.

Prevent risks on a gender-specific basis

Gender-specific differences in lifestyle changes exist in terms of motivation, the acceptance and maintenance of new behaviors and the external framework conditions. For example, women are generally less physically active than men. It should be noted that women more often perform everyday activities that can be equated with sporting activities. Women are more active in household chores or childcare, for example. As a rule, men find it easier to be active in sports because they are more interested in improving performance (fitness) and building muscle. Women are more motivated to lose weight, do relaxation exercises, or do something for their general wellbeing. In addition, women, especially the older generation, have less sporting experience and feel less physically resilient. Exercising together with others and slowly taking up only light physical activity at first can be helpful in overcoming these women-specific barriers.

Consistent risk factor management opens up the possibility of positively influencing the development and course of cardiovascular diseases. However, additional drug treatment is often necessary. Today we know that there are gender-specific differences in the range of applications and effects of many drugs. If these are taken into account, men and women benefit equally from a consistent drug setting of the risk factors. Nevertheless, studies show that optimal drug therapy for the risk factors is less often achieved in women with cardiovascular diseases. This is especially true for women with high blood lipid levels or high blood pressure.

In the area of ​​cardiac rehabilitation, it is also important to take gender-specific aspects into account. Women show a significantly stronger impairment at the beginning of rehabilitation, have more complaints in addition to the actual underlying disease and suffer from a higher degree of depression and anxiety. It should also be borne in mind that there are different rehabilitation goals due to the different life situations of women and men (socio-economic status, occupation, family work). Men are particularly keen to return to work, while women tend to tackle stress management and lifestyle modifications. Initial approaches to gender-sensitive rehabilitation, for example in the form of separate women's groups, are already being offered in individual clinics.

Overall, it can be said that gender-specific aspects are increasingly being taken into account in basic research, diagnostics, therapy, prevention and intervention programs for cardiovascular diseases. However, the data for women are still poor in some areas and further studies are needed to fill these gaps.

All articles on cardiovascular diseases ...