Chocolate or raw pork meat are really poisonous for our dogs. That is why we should definitely not become weak with certain foods - no matter how sweet they look and beg. 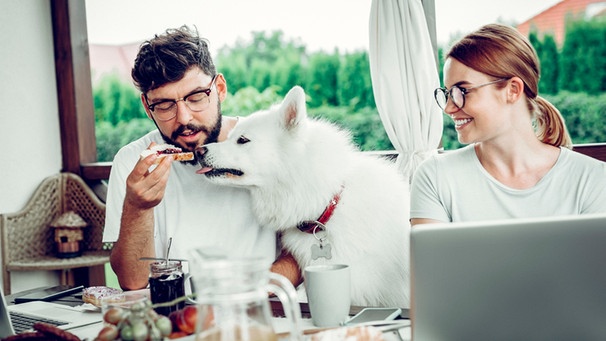 What tastes and feels good to us can be unhealthy or even fatal for our dog. What should definitely not be in the dog bowl are the following foods:

Why are dogs not allowed to eat pigs?

Raw pork not: It can contain Aujeszky virus, which can cause a fatal disease of the nervous system called pseudo-rabies in dogs. In addition, raw pork can contain other bacteria such as salmonella or trichinae. If the pork is heated thoroughly, the dog can eat pork.

Raw eggs are good for the fur? Many people think so, but: Dogs should not be given raw eggs, the risk of the four-legged friend becoming infected with salmonella is too high. 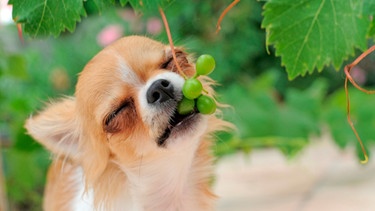 Be careful with grapes - they can be fatal to dogs!

No. Dogs are not allowed Raisins or grapes eat: The reasons for this are still unclear, but US scientists estimate that just under three grams of raisins or 10 grams of grapes per kilo of body weight can cause fatal kidney failure in some dogs. However, not all dogs react with poisoning to raisins / grapes, some dogs eat large quantities of grapes and can tolerate them. Special care is always required with puppies! If the dog has eaten raisins or grapes, then vomits or has diarrhea, is apathetic and has no appetite, you should see the vet as soon as possible. Kidney failure can occur as early as 24 hours after the dog has eaten grapes or raisins.

Can I give my dog ​​chocolate?

The cocoa in chocolate contains theobromine. This works in a similar way to caffeine for humans, but dogs cannot metabolize it and react with circulatory problems, digestive problems and tremors. A bar of chocolate is fatal to a dog weighing five kilograms. Puppies and young dogs are particularly at risk. The darker the chocolate, the more dangerous it is for your four-legged friends.

What is a dog not allowed to eat? 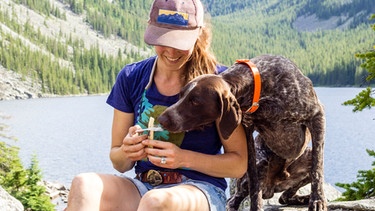 Bone: Bones can be dangerous to dogs because of the splinters that may injure the dog's esophagus, as well as the dog's stomach or intestines. You should therefore avoid boiled tubular bones in particular, but also fine poultry bones during feeding to be on the safe side.

In any case: keep an eye on your four-legged friend if there should be marrow bones to nibble on - so you can act immediately in an emergency. You know your four-legged friend best and can assess it: does it devour its food or does it chop it up thoroughly? Does he react to bones with hard feces or does he tolerate them without any problems?

These drinks are toxic to dogs

Dogs and heat - they don't go well together. How quickly a car can turn into deadly heat for dogs and how you and your four-legged friend can get through the warm season in good health: How do I protect my dog ​​in summer?

Most dogs can digest grain

Dogs tolerate grain because they can digest starch. Much better than dog owners believe. Many still believe that grain is unhealthy for their four-legged friend. Scientists have now refuted this thesis, writes Stiftung Warentest. However, there are dogs who suffer from gluten intolerance, i.e. cannot tolerate the gluten protein in wheat, spelled, rye and oats. For example, rice, millet and amaranth do not contain gluten.