Am I bisexual or just desperate

I moved from Berlin to the Rhineland two years ago and work as a personal trainer, wellness masseur and escort. I'm bisexual, but I don't think that's anything special.

I have always had my inclination. At first I only had something with women and it was only shortly before my youth consecration that I had my first experience with a boy from the neighborhood.

I was really free to live my sexuality when I had my own apartment. That was when I was 16, because my parents moved to Bavaria for work and I stayed in Saxony-Anhalt. When my parents found out about my bisexuality, it was a huge problem at first. Although they pretended to be tolerant, it was different when it came to one's own son. Most of all, it hurt that she might never have grandchildren of her own.

But then I can tell my parents: Relax. I am only 30 years old and we are no longer in the GDR, where we should be married at 20. I want to have a career, have fun and when I later feel like having a relationship, children can be part of it.

I am very excited about women when they are bisexual and / or dominant. Women want to be conquered, and it is much more difficult to win a woman over.

Sex is a much easier thing between men because the urges are stronger. I am 95% active in both sexes and only very rarely do I have so much respect and trust in a man that I allow myself to be penetrated.

For me, sexuality is something very private and I certainly know other bisexual people as well. But I don't move in a community, even if there is an LGBTI * scene to which I belong as a bisexual. I am a man, see myself as a man and do not have to define myself by my sexuality. I am happy with my sexuality and the way I can live it. 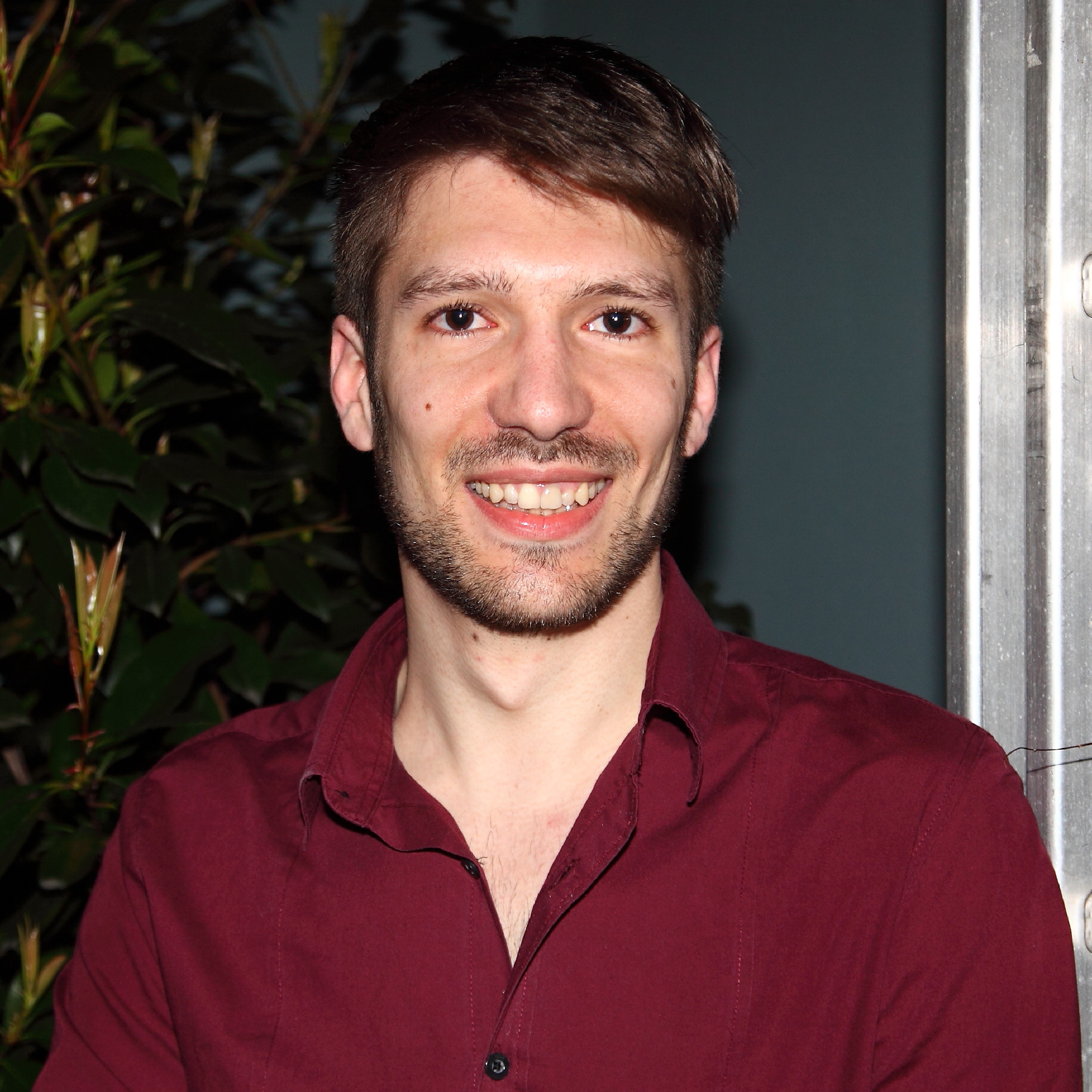 I live in a straight relationship and have been married for nine years. However, I also find it really exciting to interact with men.

I also like to look after a handsome man on the street, just as one looks after a good-looking woman. But I also talk to my wife about this directly.

My wife is great and I appreciate her. In principle, not only women but also men are potentially competition for them. That is certainly doubly difficult: she can "fight" against a woman, but not against a man. But she's still quite relaxed about it. She's clever, trusts me and doesn't prohibit me. Should my wife feel the desire for similar freedoms, she should of course also. My experience in gay saunas is limited; this has happened once or twice a year so far.

There is a fixed rule for me to which I adhere: “So far and no further” - touching and fiddling is allowed - actively as well as passively, sometimes to the end. Any kind of "sticking in" is forbidden.

In some gay saunas these days there are certain times when you can take your wife / girlfriend with you. There are exciting moments in it, but we are still in the early stages, so to speak. I cannot say whether the sexual interest in interacting with others is increasing. If others disturb me and my wife “doing it”, that would turn me off. We will see if that will change at some point; It hasn't developed far enough for that. 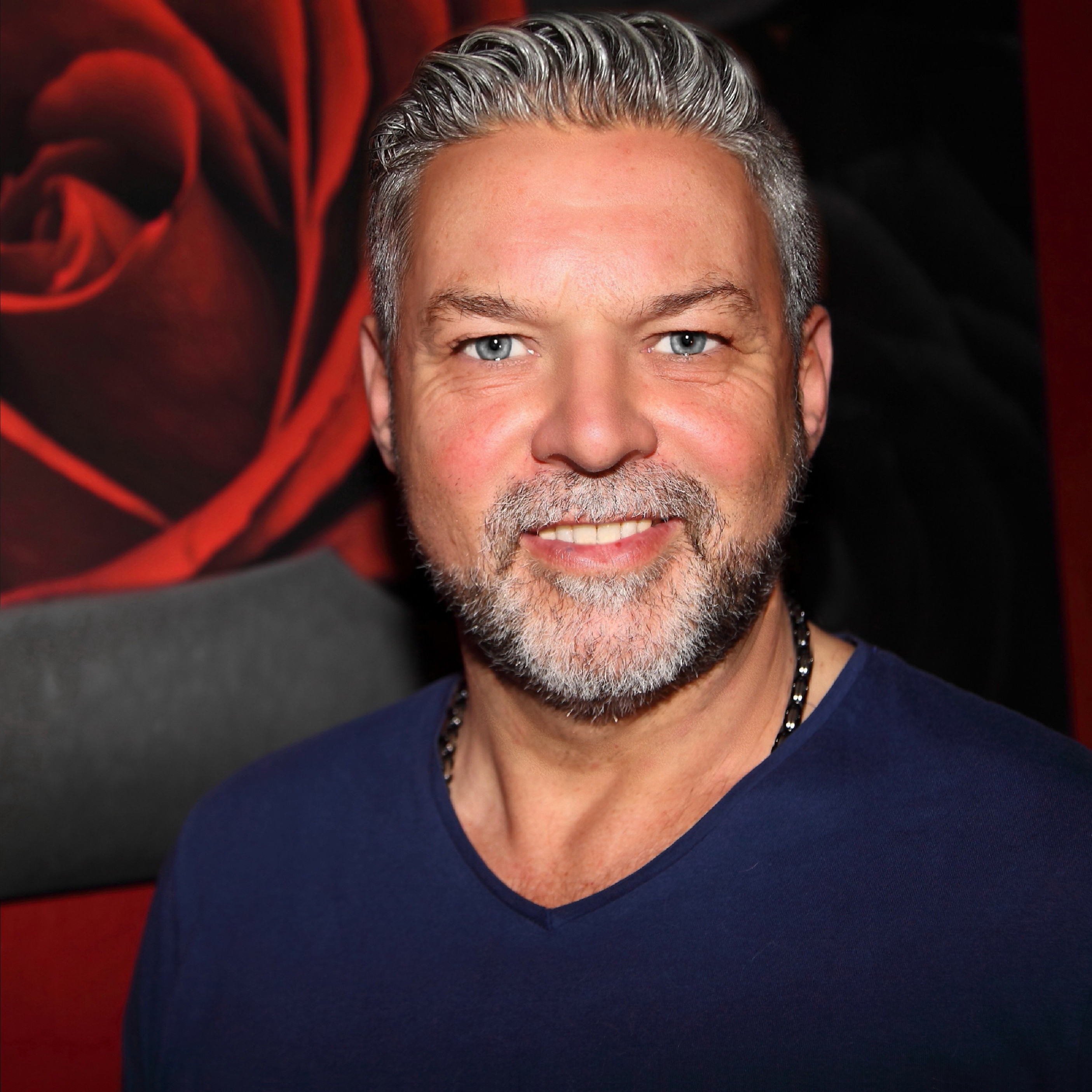 I noticed very early on that I liked the same sex.

I had my first sexual experience with a boy of the same age who later married and had children. I suppressed my feelings for a long time afterwards because same-sex sex was an absolute no-go. On the one hand because I grew up in the country, on the other hand because that was not allowed in my religion.

At that time I came into a great conflict. For me the idea was obvious that I was sick, that I could numb my feelings and that all this would happen over the years.

So when I was 21 I married my wife, with whom I went to school. When our son was born we were very happy, I loved my wife too. But then at some point everyday life and routine crept into our marriage and my feelings and the desire for the male sex came back.

When I revealed this to my wife, of course, she was shocked. But she believed that with the help of a therapist and a kinesiologist we could get this under control.

The problem today: We still live together and have a strong bond, but it is also a life between despair, ever-growing courage and the constant search for what you don't have. And that can't go on like this in the long run. 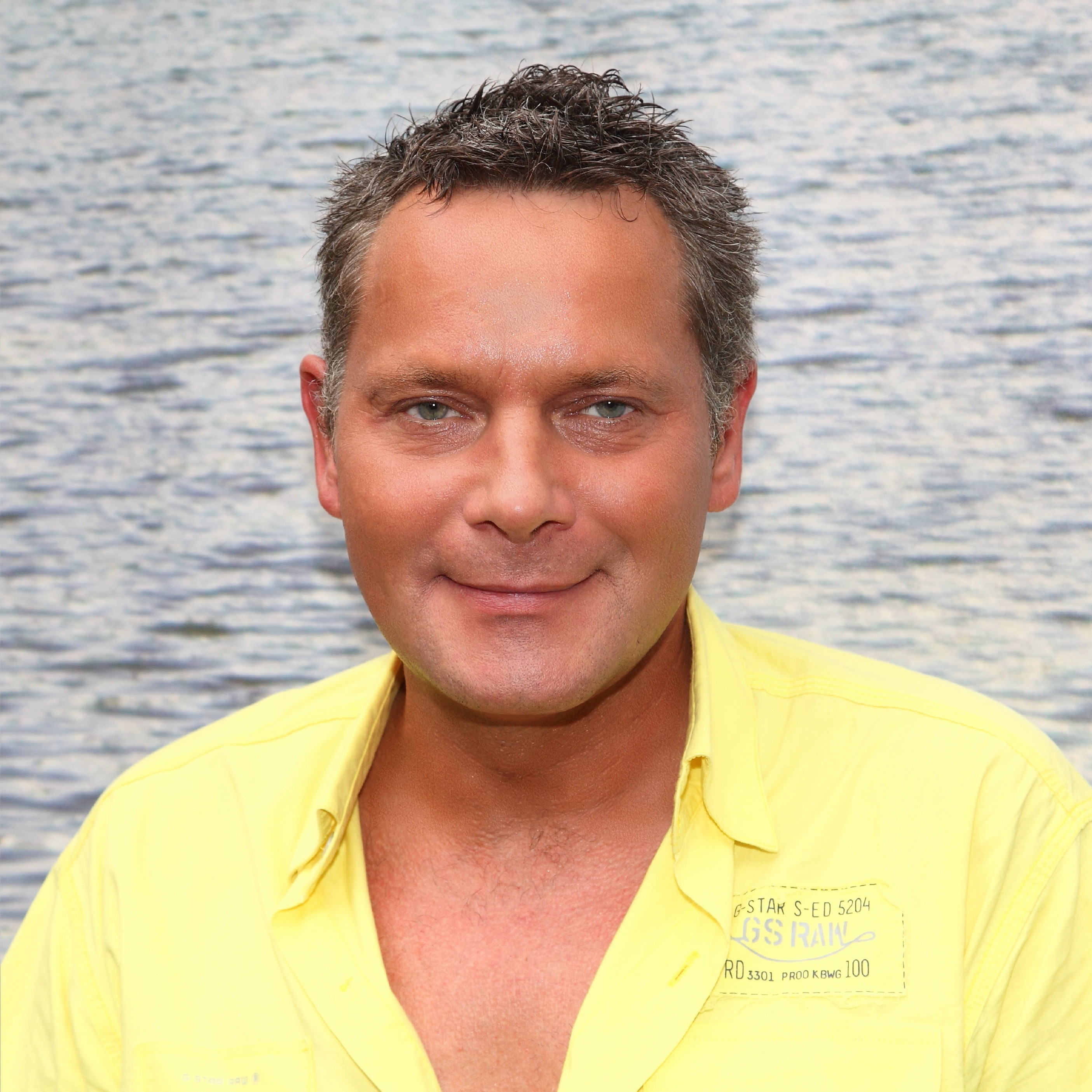 I have had experiences with both men and women. I also had a committed relationship with a man. We only broke up when I had to join the armed forces and we could no longer keep the apartment we shared.

On the other hand, I have been married to the mother of my two children for ten years. I've been single for the past ten years because I can't find the right person for me. Maybe I have too high expectations. But I do not want sex with people to whom I do not feel attracted and with whom everything is not 100% right; I'm too emotional for that.

If I should find a right person and start a relationship with that person, I will be loyal too. Most bi men always long for what they don't have right now: if they have a husband, they want a wife, and when they have a wife, they look after the men.

The positive thing about bisexuality is that you can also exchange caresses with a same-sex partner. For many straight people that is inconceivable. But it's only happy for me when I've found the right counterpart.

So it's hard for me to say whether I like men or women better; I just need to feel like I'm the more dominant part of the relationship; a reason why I also prefer more feminine or androgynous men. Unfortunately, there are many men who have an externally functioning marriage and betray their partner once a month. 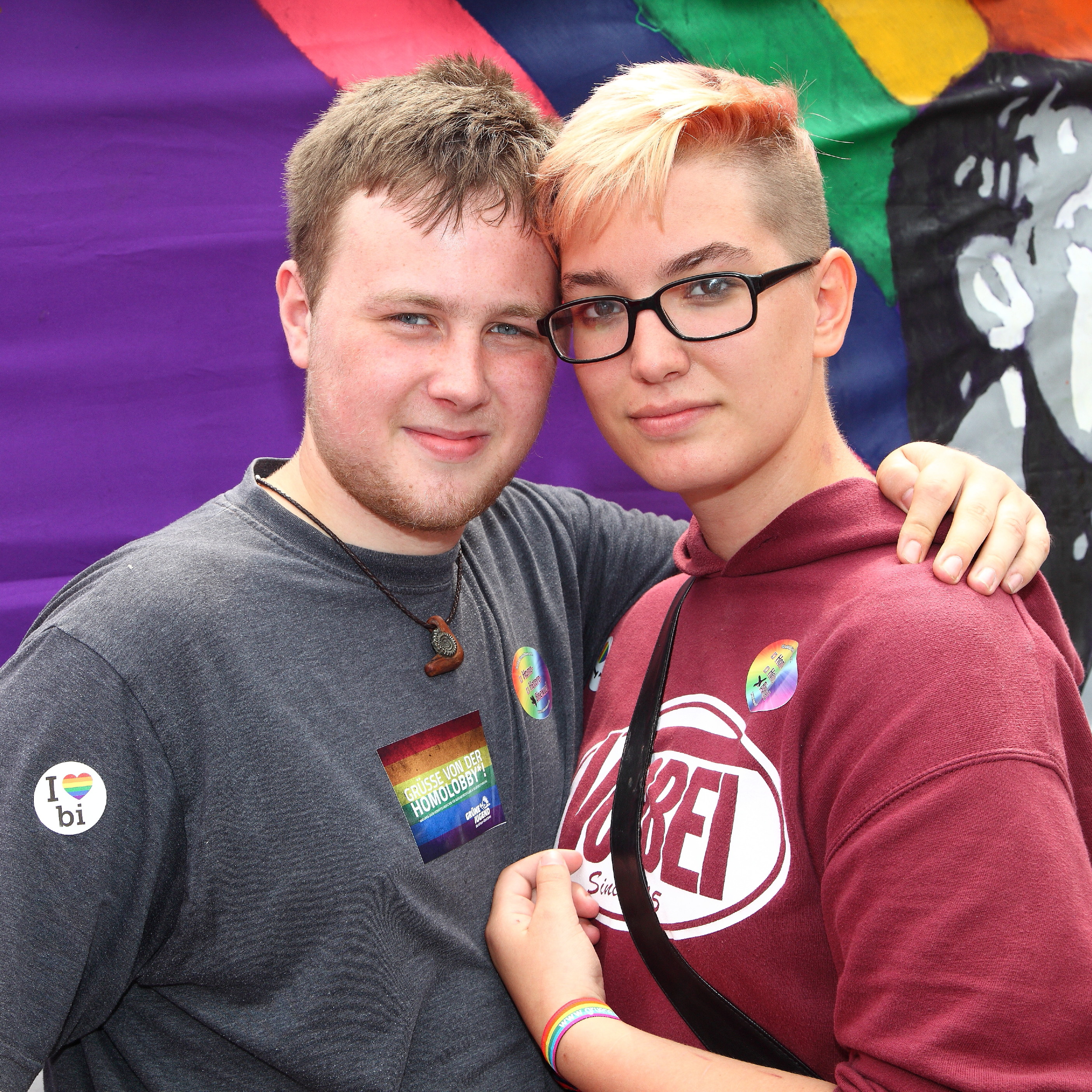 I can't say that I think one or the other is better, for me there are no differences.

At the moment I'm very fresh with Nathalie and very happy with her. This is not a problem for her, because she feels just like me.

So far we haven't seen us check on other boys or girls. Of course, we cannot say now how that will be later. Both of us are more about relationship opportunities.

When I'm in a relationship, I don't need anything on the side. I experienced with my first girlfriend, who was also bi, that she had something with another woman next to me - which she kept from me and hurt me very much. I found that very depressing and I don't want to do that to Nathalie. In a stable, harmonious relationship we are monogamous, we don't need anything on the side.

It is difficult to say whether that will change. Should it happen, we should talk about it honestly and openly.

Our parents know. They caught me in bed with my best friend. While my birth parents reacted well, my stepfather's reaction was very conservative.

There were no problems with Nathalie either; however, at first one had suspected that she only likes women. Even if, in contrast to gays, lesbians and transgender people, we hardly notice bisexuals in public, we do not feel left out; we also know several bisexuals.

Lukas from Duisburg with Nathalie from Siegen 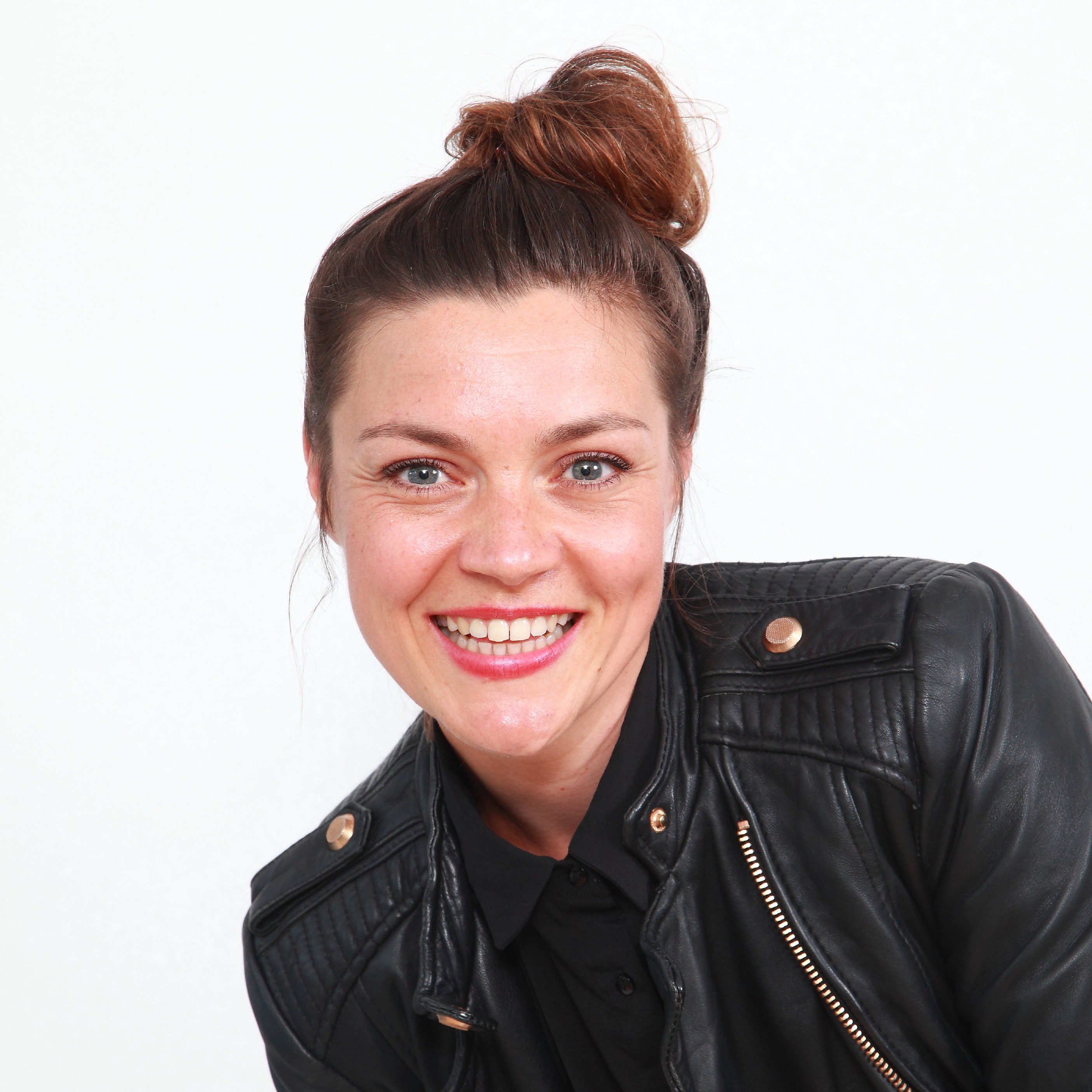 I've lived with my partner for six years, but I've also had relationships with men in my life.

People around me might think that I'm bi; Personally, I stay a little away from categories and would rather call myself queer. For me, bi means to be limited between two genders.

For me, queer means being political, not marginalizing, and thus also bringing together a wide range of desires. That means: First and foremost, I try to see people, whether anything happens, makes me curious, turns me on and whether the spark leaps over.

For a long time in my life I didn't realize that I also like women. I grew up protected and conservative (in Lower Saxony) and didn't get to know any other form of togetherness than the heteronormative. I only made contacts during my studies in Bremen.

For a party, I founded the queer performance band "Sissy Boyz" with friends. We were enthusiastically cheered and went straight on tour, performed at lady festivals and queer parties all over Europe, were invited to panel discussions, gave drag-king / queen workshops, etc. A whole new, colorful and diverse world opened up to me. I don't know why bisexuals have so many problems coming out; whether the fear comes from within or the pressure from outside, the social environment.

The ambiguity unfortunately scares people, it always has to be clearly sorted into drawers, that gives an avoidable hold. We are all born as neutral beings at the beginning, love our parents and grandparents - regardless of their biological sex - unconditionally, and years later you suddenly have to make a decision - that's actually total nonsense.

We conducted the survey in September 2016.

Anonymous and completely harmless. Tell us the first thing to look for in a guy.

Anonymous and completely harmless. Tell us on what occasion would you give away a sex toy?

Anonymous and completely harmless. Tell us who would you buy a sex toy for?

Anonymous and completely harmless. Tell us what is the average length of lovemaking with your sexual partner?

Anonymous and completely harmless. Tell us what size condom you need.

Anonymous and completely harmless. Tell us where do you prefer to buy condoms?

Anonymous and completely harmless. Tell us if you'd rather get tested for HIV anonymously?

Anonymous and completely harmless. Tell us which underwear brand do you prefer to wear?

Anonymous and completely harmless. Tell us which LGBTI * series you could watch over and over again?
<?