Why shouldn't public transport be free?

In May 2018, the European Commission sued Germany and five other EU countries before the European Court of Justice for air pollution. The guidelines for nitrogen dioxide were sometimes massively exceeded in numerous German cities. According to the EU Commission, harmful emissions cause 400,000 premature deaths across the EU every year. In Germany, local public transport in particular should help to make the air cleaner. The federal government supports the federal states and municipalities with around 8.6 billion euros annually. The climate package also promises an increase in federal funds for the expansion of local transport by one billion euros annually from 2021. Many climate researchers criticize that this is far too little. The Federal Ministry of Transport has a total of almost 30 billion euros at its disposal. Around 40 percent of this goes to the maintenance of federal highways - which are mainly used by cars. At the same time, several German cities are trying to create new incentives for people to use the car less and public transport more.

In Hanover, for example, the residents of the region were allowed to use local public transport for free on the Saturday before the 1st of Advent. Significantly more buses and trains were used to make the offer more attractive. Stephan Barlag is a teacher in Hanover and a member of "Parents-For-Future". He was happy about this day of action, because at noon he was out on his bike in the city and felt much safer on the streets due to the lower traffic. In the evening, Barlag finally drove to a friend at the other end of town and used the free transport. "The change took a lot less time because the buses were on time. The journey was generally smoother." Some streets in the city were even closed to normal traffic so that the buses and trains could get through faster. You hardly notice the increase in passengers either - thanks to the increased frequency of buses and trains. "A very positive experience," says Barlag. The region’s head of transport, Ulf-Birger Franz, assumes that this day of action cost around 600,000 euros. Expensive but successful: according to initial findings, 60 percent more passengers used local public transport. The Green Mayor, Belit Onay, welcomes this result. However, one sees this day of action primarily as an experiment and not as a long-term solution, emphasizes Franz, the head of the transport department. Local transport is to be expanded further in the future - and the price alone will not make it attractive.

Cheaper is not always better

"Comfort, reliability and accessibility play a much bigger role," says Lukas Block from the Fraunhofer Institute, where he researches new forms of mobility. The hidden costs of a car are far greater than the costs of using public transport, but the car is always "glossed over", he says. If, for example, the subway is constantly overcrowded, regularly delayed or the stop is difficult to reach, it does not matter that the journey is free.

This is also shown by other municipal initiatives, such as the 365-euro ticket in Bonn, which was introduced last year as part of the federal initiative "Lead City". Bus and train travel for the equivalent of one euro a day. But of the 17,000 tickets only just under 6,500 have been sold so far. Critics complain that commuters do not benefit from this ticket and that the car continues to be more attractive for them. According to the Federal Statistical Office, 68 percent of employees in Germany commute by car, and almost 50 percent of all commuters drive more than ten kilometers to their work. A cheap ticket that is only valid within the city limits has little effect on this. 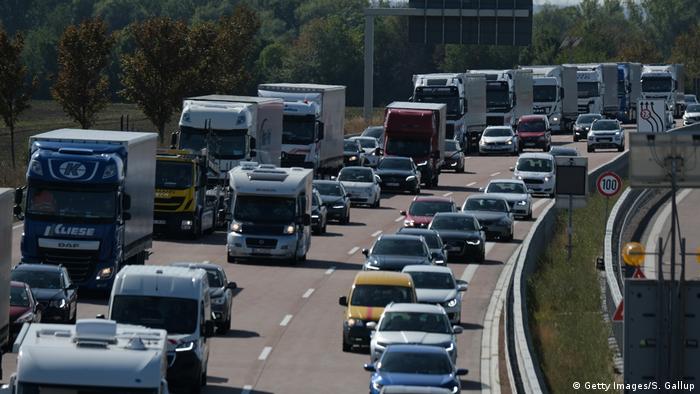 And within the cities, the demand for cars is changing anyway. "In the big cities, the number of young people with driving licenses is falling," emphasizes Block. One of the reasons for this is that it is not necessary here because public transport is good and the bicycle is a good alternative. It looks different in rural areas. But here, too, a free offer of public transport would have little effect, since buses and trains run much more irregularly and some places do not offer good connections anyway. A shuttle system would make much more sense here, says Block. A type of minibus could, for example, drive along a certain federal highway and only drive to the various villages when there is a need. The residents can report this via smartphone or telephone. However, he also says: "The ideas for the shuttle service are being tested and the individual transport associations have to find out locally what suits the local people best. It is a completely new playground".

Münster and Karlsruhe also offer free local public transport on the Saturdays in Advent and have so far recorded an increase in passengers. However, both cities also increased the capacity of buses and trains. For Professor Andreas Knie from the Berlin Social Science Center, another aspect also plays an important role in convincing people of local public transport: the state subsidization of the car. "Only when the diesel is no longer subsidized with eight billion euros per year and parking in cities becomes more expensive, then there will be a tie-at-arms".

Local transport must become more attractive if the air quality is to improve in cities. In addition to the price, aspects such as comfort, reliability and accessibility must also be addressed. It should not be forgotten that the car itself also plays a major role and at the same time has to be made less attractive.