Can I build my own submarine 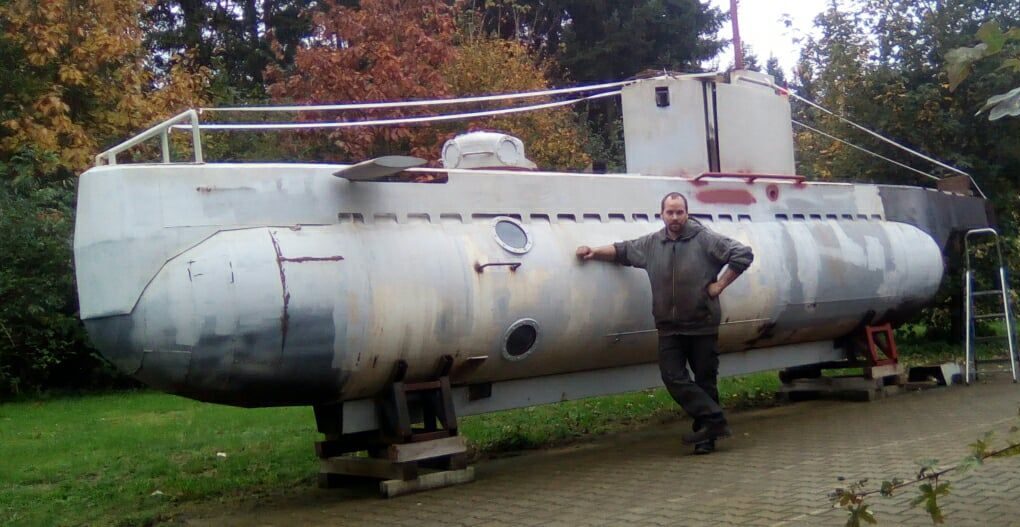 Starting a refit project for a sports boat is one thing big task. Some enthusiasts even try to build it themselves. And then there is Holger Vieth. His Merenpoort 930 in Holland he apparently got bored at some point. So he decided to make an old dream come true: a Submarine itselfto build! 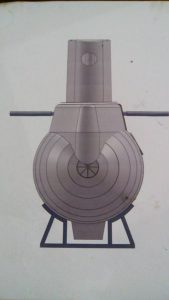 What was initially thought to be a joke in his specially founded Facebook group is currently taking shape in Winsen (Luhe): 9.50 meters long, 1.25 meters wide and 2.70 meters (with periscope approx 3.90 meters) high is Holger's submarine. It is fully equipped with a command post, diving tanks and everything that goes with such a vehicle.

The ambitious project started in 2015 with an old gas tank that forms the basis for the pressurized cabin. The work benefits from the fact that Holger is a trained metalworker and welding specialist with experience in shipbuilding.

And the boat is only the prototype. In the long term, Holger is planning a large boat with a length of 20 meters for 3 crew members and space for 6 passengers. With that he would like then Submarine trips as an adventure vacation to offer. Even if many still doubt the project: So far everything has gone according to plan and the prototype makes a solid impression. The launch is planned for this year.

Holger was inspired by a similar project in Denmark. Engineer Peter Madsen has now built three submarines there: UC1 Freya, UC2 Kraka and UC3 Nautilus. (Update 11/1/2017: Peter Madsen is now in custody on suspicion of murdering a journalist on board his submarine.)

The basis for the pressurized cabin ...

A hatch is attached

... and firmly welded to the tank.

The Komando dome will be added here later.

After joining the segments ...

A couple of portholes allow you to look outside.

A first primer is applied.

A bottom makes it easier to crawl in the interior ...

... and valves are installed.

A diesel tank is being built ...

... and organized an old screw with a diameter of 60cm.

The entry hatch is planned.

... and ready for Captain Nemo.

Now it's the turn of the diving tanks.

... and welded together to form rings.

... this is how the tanks are created.

After the last welding work inside ...

... the tanks are attached.

All that's missing is the tip.

But before that comes the construction for the foredeck.

Valves and hoses are being prepared ...

The builder works diligently on his work.

The down rudders have a sophisticated mechanism ...

Now the rest of the bow is mounted ...

... and the upper bow area covered.

There has been some progress in submarine building over the summer months, so it's time for a little update.

A holder for the compressed air tanks is being prepared ...

... and built the associated tanks.

The tanks (tested to 12 bar) are primed.

The keel was prepared beforehand.

It should be equipped with weights later ...

A pulpit is also being prepared.

A water alarm for the interior ...

... as well as exterior cameras from the car requirement ...

The interior is quite advanced ...

... and even the first primer is ready.

Since the garage was too small for the boat, the construction site had to be relocated outside:

The garage has become too small ...

... for the now quite stately submarine.

... and the height to mount the tower and co.

The attachments and the propulsion system of the submarine can now be installed in the new outdoor area of ​​the shipyard:

The pulpit with railing ...

... can finally be firmly installed.

Now it's the turn of the drive.

The shaft gets a stable holder ...

... which can cope with the forces of the propeller.

... and the drive system is already there.

The stern can now also be extended ...

... and protection for the screw.

The proud submarine builder and his work.

The 20-meter version is already being planned.

What's next? Will there really be submarine trips for tourists one day? Carry you for the KlabauterNewsand we will keep you up to date ...