Chickweed spreads flat where the earth is fallow, including in the vegetable patch, where it is not particularly popular. In doing so, it only protects the earth. Instead of being angry about this indestructible and at the same time so delicate herb, we should harvest and consume it.

Chickweed not only tastes good, it is also a powerful medicinal herb, which you cannot tell from this delicate plant. It gives us its tasty green all year round, as long as the ground is frost-free. All aboveground parts such as flowers, leaves, stems and seeds are used together.

Chickweed is ideal as a salad base and surpasses normal lettuce with the richness of its ingredients many times over. In addition to many other valuable ingredients, it has twice as much calcium, three times as much potassium and magnesium and seven times as much iron as lettuce. Thanks to its particularly mild taste, even children will like to eat it.

You can find a delicious recipe for an autumn salad with chickweed here.

Chickweed is used in herb curd, herb butters, and spreads. In addition, it goes perfectly with green smoothies, it is mild and available fresh all year round.

Boiled, the herb can be prepared like spinach. It is suitable both as a sole vegetable and combined with other vegetables. It goes well with rice, potatoes, pasta, on pizza, as a filling and in many other variations - chickweed is just incredibly versatile.

Not only we humans enjoy chickweed chickens, chickens and other birds are crazy about chickweed, which is where its name comes from.

In Japan, chickweed is one of the valuable herbs used in the traditional festival of the seven herbs in the rice porridge Nanakusa gayu. 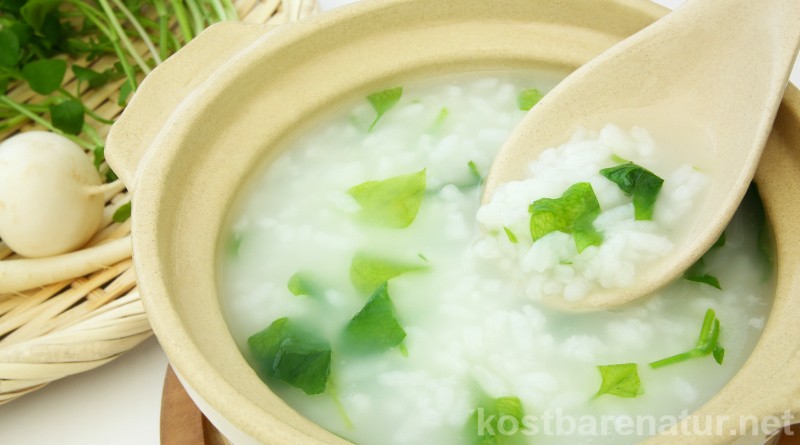 You can find more information and recipes for chickweed and 35 other plants in our book tip:

Chickweed is not only so versatile in the kitchen, it can also be used extensively as a medicinal herb.

It also helps with blood formation, in rheumatism, is said to protect against cataracts, lower the cholesterol level and stimulate digestion and metabolism. Because of its cleansing effect on the blood, kidneys and bladder, it has a positive effect on skin diseases such as psoriasis and eczema.

This little wonder plant has a cleansing and strengthening effect on the whole body.

A tea made from fresh or dried chickweed is prepared for an internal and external healing application of the diverse clinical pictures. Pour 250 ml of boiling water over a tablespoon of the herb and let it steep for ten minutes.

If your eyes are inflamed or tired, an eye bath with lukewarm tea can help. The tea is also used externally for compresses and has a cooling, anti-inflammatory and analgesic effect. Fresh herb can also be squeezed lightly and placed directly on affected areas of the skin. A decoction made from chickweed is also suitable as a bath additive.

A healing oil for the skin can also be made from chickweed, and it is also suitable as an additive for ointments. The healing oil is applied to the skin for all inflammatory skin processes and skin irritations.

For the oil, chickweed is placed in a screw jar and topped up with high-quality olive oil or almond oil. Leave closed for seven days at room temperature, shake occasionally, strain and store in a dark, rather cool place. 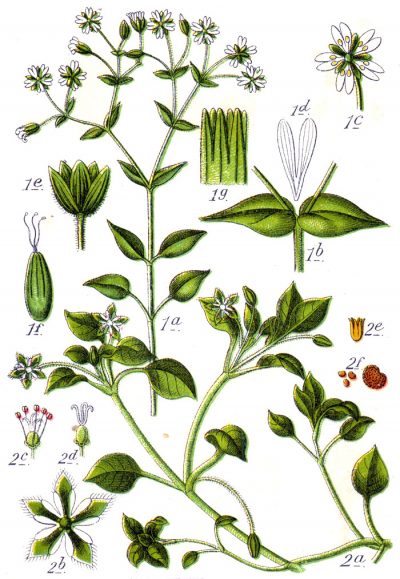 Chickweed is a pointer plant for nitrogenous soil, it produces five generations with 10-20,000 seeds every year. The seeds remain viable for up to 60 years.

The hairline is a clear distinguishing feature of the slightly poisonous Ackergauchheil.

Danger:
Visiting this page cannot replace a visit to the doctor. Consult your doctor or pharmacist if you have serious or unclear symptoms!
Do you like this post?