Biden: "I don't care how dirty your attacks get"

Despite impending impeachment proceedings, US President Donald Trump has openly encouraged Ukraine and China to investigate his political rival Joe Biden and his son Hunter. Speaking to White House reporters on Ukraine, Trump said, "If you were honest, you would open a full investigation into the Bidens." If he were in the place of Ukrainian President Volodymyr Selenskyj, "I would certainly recommend it". Trump then added: "And by the way, China should also begin an investigation into the Bidens."

The Democrats accuse Republican Trump of pressuring Zelenskyi on a phone call in late July to investigate that would harm Joe Biden. The Democrats in the House of Representatives have therefore started investigations into possible impeachment proceedings against Trump. The President rejects the allegations. He emphasized again that his phone call with Selenskyj was "absolutely perfect". 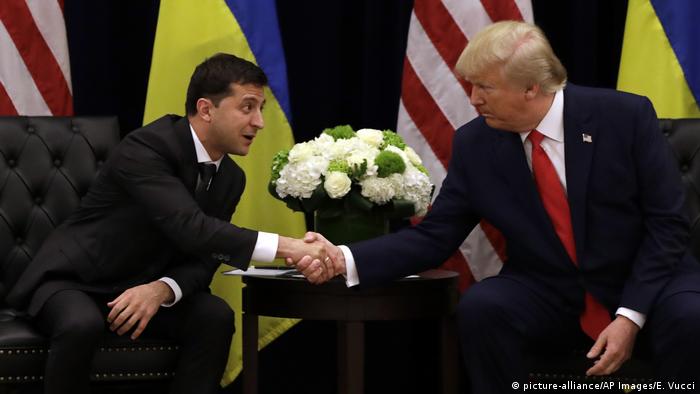 Joe Biden is running for the Democratic presidential nomination for the November 2020 election. Trump accuses Biden of seeking the dismissal of the Ukrainian attorney general as US Vice President to protect Biden's son Hunter from justice. Hunter Biden worked for a Ukrainian gas company, which has since been investigated for allegedly crooked business. Trump also claims that Hunter Biden started a deal for a fund when he accompanied his father on an official trip to China in late 2013.

Trump has not provided any evidence for any of his allegations. The chairman of the secret service committee in the House of Representatives, the Democrat Adam Schiff, criticized the latest statements by Trump. "The president cannot use the power of his office to press foreign leaders to investigate his political opponents," Schiff wrote on Twitter. Trump's angry speech in the White House underlined the need for impeachment. The Chairman of the US House of Representatives Committee on Intelligence, Democrat Adam Schiff

Joe Biden, for his part, had rejected Trump's attacks on Wednesday in an unusually sharp manner. "They will not destroy me," Biden said to the president's address during an election campaign appearance in Reno, Nevada, to applause. "And you won't destroy my family. I don't care how much money you spend, Mr. President, or how dirty your attacks get." Trump has repeatedly called Biden and his son corrupt. Biden said Trump knew the allegations were untrue. In Ukraine, he was following official US policy aimed at eradicating corruption in the country. This was done in coordination with the European allies and the International Monetary Fund, among others. Corruption allegations were made against the then General Prosecutor of Ukraine. He was released in 2016.

Ex-special envoy for Ukraine in shortage

The Democrats, meanwhile, are continuing their investigation into a possible impeachment trial against Trump. This Thursday, the previous special envoy for Ukraine, Kurt Volker, is to testify behind closed doors in front of the secret service committee in the House of Representatives. According to US media reports, Volker has submitted his resignation. He is the first of several foreign ministry officials to summon the chairs of the three committees investigating the Ukraine affair in the House of Representatives. 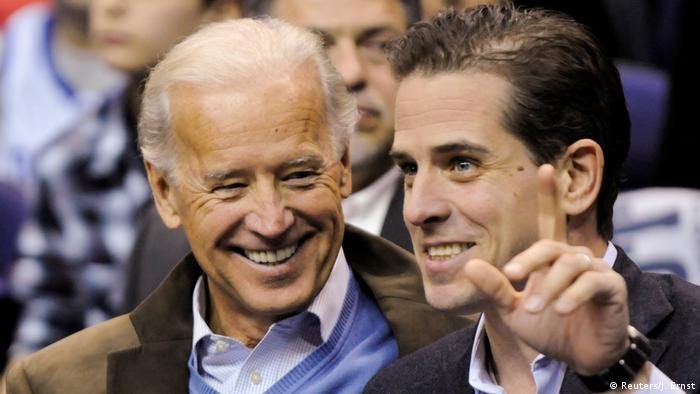 A picture from undoubtedly more pleasant times: Joe Biden and his son Hunter in 2010

US Secretary of State Mike Pompeo had accused the committee chairman of intimidating his employees. Pompeo himself admitted on Wednesday that he had participated in the controversial phone call between Trump and Zelensky. The chairmen of the three investigative committees wrote that Pompeo had a conflict of interest and would be summoned as a witness himself. He should therefore no longer make decisions regarding the testimony of other witnesses from the State Department or the release of documents, warned the MPs in the letter to Vice Secretary of State John Sullivan.

In the Ukraine affair, the Democrats also want to force the White House to hand over documents under threat of punishment. The three committee chairmen announced that they would issue a so-called subpoena on Friday if the White House fails to submit the documents requested on September 9th.