Who are the Hakka

Tulou - life between heaven and earth: residential fortresses of the Hakka in the province of Fujian 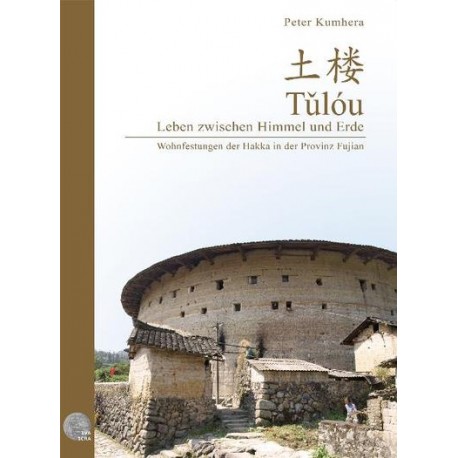 Cultures and minorities have always been associated with a certain architectural style. The more than 50 different minority peoples in China produced a variety of cultures. They always had their own building tradition, which they had developed themselves or adopted and refined from other cultures.
The fortress-like residential buildings of the Hakka, the Tulou, are an outstanding architectural style, which stands out from all these peoples, especially because of its dimensions. The horizontal extension of the buildings, as it was common in the rest of China, was transferred to the vertical with the Tulou. With their multi-storey structure, they are a special feature of Chinese residential construction. The residents live as a clan in the Tulou, a commune that gives them security and security. But how does such a residential complex come about? What are the prerequisites for clan-like coexistence in a defensive habitat?
First of all, it is necessary to examine the background that allows such structures to arise. But what makes the Tulou so interesting besides these points?
Tulou have many faces. While in Chinese architecture only sacred buildings deviate from the rectangular floor plan, this is found quite often with the Tulou as secular buildings. In addition to the rectangular shape of the tulou, round tulou are almost as common. Even among the Chinese population, the round tulou are seen as something special. In the Chinese Fengshui belief in nature, the circle is regarded as a heavenly shape, which is opposed to the rectangle as an earthly symbol. According to this belief, only sacred buildings were given a round shape. Pagodas, such as the White Dagoba in Beihaipark Beijing (白塔 北海 公园), temples, such as the Temple of Heaven in Beijing (天坛), or tombs of the emperors, such as the burial mound of the north tomb in Shenyang (清 昭陵, 沈 阳)).
But what led the builders to give their residential buildings the heavenly shape? What construction techniques were used to build a Tulou?
The Hakka people are considered to be the inventors of the Tulou, but who are these Hakka? Again and again they are associated with the Tulou, but did they develop these structures themselves, or was it another people from whom they adopted this construction method?
The round Tulou is considered to be the perfect shape in the development of the Tulou. However, could this shape have been the beginning?
The Chinese culture is always associated with the natural belief Fengshui. There are also clear traces of the Tulou. Accordingly, Hakka would also have to follow this belief, so they would be a Chinese people. Can evidence of this be found? What role does Fengshui play in the Tulou? What actually is a tulou?
It is now necessary to pursue these questions in order to fathom the Chinese construction method, to find comparisons in order to get answers, to document a Tulou in order to be able to understand it.
In the present work I try to answer these questions, to shed light on the topic of Tulou, to show their connection to the Hakka and in particular to fathom their construction method, to bring them closer to our culture through comparisons and examples, and to show the peculiarity of the round Tulou .

1 other products in the same category: