What is the principle of HPLC chromatography

HPLC - A method for biochemical research

HPLC stands for High Performance Liquid Chromatography. It is used for both preparative and analytical material separations. HPLC is particularly helpful for biochemistry in the preparation and analysis of substances with high molecular weights such as proteins.

What is liquid chromatography?

How does the HPLC work?

The HPLC is basically a technically optimized column chromatography. In this separation process, a pump continuously pushes the eluent, i.e. the mobile phase, through the chromatography column, which is filled with the solid stationary phase, with as little pulsation as possible at 50 - 400 bar.

If a sample is injected at the beginning of the column with the aid of an injector, the separation takes place in the column. A downstream detector measures a signal proportional to the amount of eluted components in order to then output and qualify this as a graphic, the so-called chromatogram. Ideally, each peak of a chromatogram represents a component of the mixture of substances.

Common detectors are, for example, UV absorption, refractive index or fluorescence detectors. By returning pure eluents that are not contaminated with the sample, the solvent consumption of such a system can be reduced significantly.

In devices for ultra-high-performance liquid chromatography (UHPLC), even smaller particles and, at the same time, even shorter and thinner columns are used, thus further optimizing the separation performance.

In the following we briefly discuss the usual components of an HPLC: 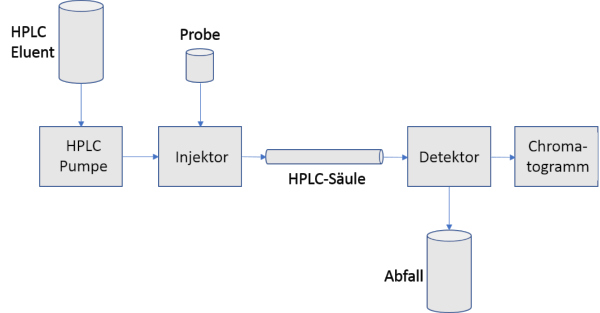 The dissolved sample is usually injected with the aid of sample loops with a defined volume, into which the sample is first introduced. After switching over, a six-way valve enables the eluent to flow through the loop loaded with the sample and thereby the sample is applied to the column.

In the low and medium pressure range, sample injection using a dosing syringe is also possible. In routine operation, an autosampler reduces the manual workload. The injection volumes depend on the column diameter and are usually only 1 µl to 2 ml.

Since high pressures of up to 400 bar are used, columns made of thick-walled glass are used, which for safety reasons are usually encased in a pressure-resistant stainless steel tube. On the other hand, high-pressure resistant columns made of stainless steel can hardly be used for biochemical work because of the sensitivity of many bioactive substances to heavy metals. Occasionally, however, pillars made of bio-inert titanium are also used. The effective inner diameter of HPLC columns is usually only a few millimeters. 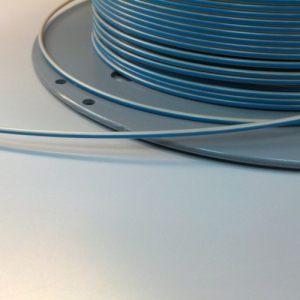 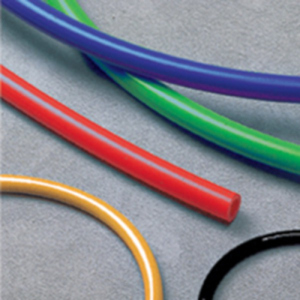 HPLC columns are tightly packed with a solid but porous and pressure-resistant material, usually a functionalized silica gel. Compared to normal liquid chromatography in the low pressure range, the particle size of the stationary phase in HPLC is considerably smaller at <10 μm. The smaller the particles, the higher the separation efficiency.

The sample can be separated according to various principles such as adsorption, ion exchange and size exclusion chromatography, thus opening up a wide range of possible applications. 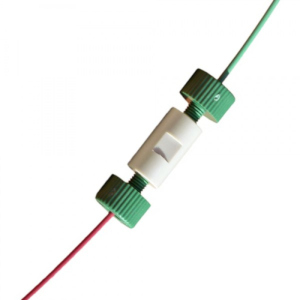 The separation usually takes place due to the polarity differences between the mobile and stationary phase. A distinction is made between normal-phase HPLC with a polar stationary and a non-polar mobile phase (NP) and reversed-phase HPLC (RP) with correspondingly reversed polarities.

The polarities of the stationary and mobile phases have a considerable influence on the retention time, the transit time of a substance through the column. A substance has no or only very weak interactions with a non-polar stationary phase and therefore has a short retention time.

However, since normal phase HPLC is more difficult to use, e.g. Due to problems caused by water in the solvent, for example, reverse phase HPLC is the method that is used much more often today. 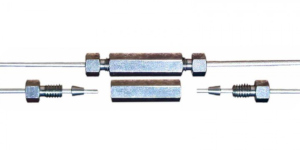 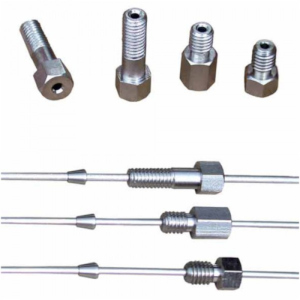 When selecting the eluent, polarity overviews or elutropic series can help. For a large number of mixtures, solvent mixtures are required with which the polarity and thus also the elution power can be set in a targeted manner. Electronically controlled mixers for the solvents can be used to set the polarity gradients of the eluent.

A substance is usually identified analytically by comparing the retention times of the sample with that of a reference substance. For example, you can mix the sample and comparison and inject them together; an enlarged peak should then result. However, if a second peak is eluted, the sample and reference substance are not identical. By repeating the analysis after changing the mobile phase, it can be ensured as far as possible that the peaks are not just randomly superimposed.

Changing the stationary phase (e.g. reversed phase instead of normal phase HPLC) brings even greater security. One hundred percent certainty, however, can only be obtained by qualitative analysis of the substance for the respective signal. This can also be achieved with specific downstream detectors, such as mass spectroscopy or diode array, with which the entire UV / Vis spectrum of a signal is recorded.

Just like normal column chromatography, HPLC can also be used to purify substances such as pharmaceutical products or biological samples. As a rule, columns with larger internal diameters are required for this, because the quantities of samples to be purified are usually many times greater than in the case of analytical separations.

Due to the large number of different separation principles and a wide variety of detectors, high-performance liquid chromatography is a very versatile and powerful analysis tool, especially in biochemistry, where mixtures of biopolymers such as nucleic acids, amino acids, peptides or enzymes have to be identified. If the columns are dimensioned accordingly, the HPLC is also suitable for preparative separations for the purification of substances from mixtures. It has thus become indispensable in the biochemical laboratory in particular.

High-performance liquid chromatography is also used today for medical purposes, such as determining the vitamin D content in the blood.

Other typical applications include the analysis of polymers, active ingredients and pollutants, purity controls or quantity determinations, e.g. B. of active ingredients in biological samples. HPLC analysis is also used as standard today in drinking water control.