What needs to be done with Bengaluru

Go ahead with seven-mile boots

Bangalore - India's city of the future 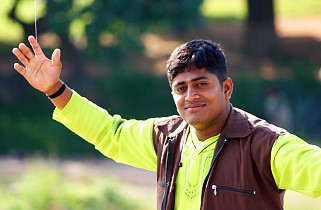 The ride is like chewing gum. The slow traffic makes snails even faster than sprinters. Bangalore, the capital of the Indian state of Karnatakas, surrenders in phases in the face of the never-ending flow of traffic. There is anarchy in the streets. Traffic signs and lanes become insignificant. Cars, motorcycles and Tuc-Tucs, those distinctive three-wheeled taxis, snake their way along the hopelessly overwhelmed traffic arteries of the city of five million people like in an ant road. Apparently every change of direction must be indicated by a loud horn. And we change direction frequently. Like slalom poles, we curve around driving vehicles in front of us and the numerous free-roaming cows that move slowly through the city center in search of something to eat. 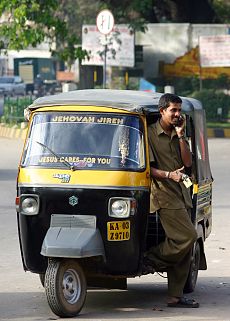 "Good, sir?" Asks Rawul Faridpur as he turns around, holds up the thumb of his clenched fist and looks at me with a friendly grin. The 39-year-old Tuc-Tuc driver comes from the north of India, from Panipat not far from the capital New Delhi, where he grew up in the poorest of circumstances. Not least because of the professional prospects that enable him to break out of the caste system, he converted - like many Indians before him - from Hinduism to Christianity. He saved the money with day labor and begging, only to move to rich Bangalore around ten years ago with a bundle of belongings in his luggage. Although Rawul cannot live in abundance even today, he is content with his life as a taxi driver. He lives in a modest hut in the suburb of Whitefield, has a more or less regular income and his children enjoy an education.

“I'll show you the best places in town”, promises Rawul when I stop his taxi not far from the Leela Palace Hotel. A hotel that, due to its palatial architectural style and luxurious furnishings, can undoubtedly be counted among the attractions of Bangalore. The four-hour tour costs 400 rupees, the equivalent of just under eight euros - the best entertainment included. 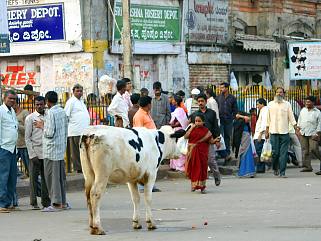 On the way through Bangalore

I've made myself comfortable in the back seat of the Tuc-Tuc, if that's possible at all. Because the black and yellow taxi is equipped with better camping seats. The hard, lightly padded bench transfers any shock directly to the spine. Doors, seat belts and safety chains are not part of the basic equipment. But I enjoy a clear view on both sides.

For a good hour now, I've been letting Rawul show me the chocolate side of Bangalore. A city that has the largest number of motorbikes and scooters worldwide, a city that is one of the cleanest in India, a city that has remained unmistakably western even after the withdrawal of the British colonial rulers and which, because of its numerous green spaces and parks, is often called "India's garden city" is called. In addition, the fastest growing city on the Indian subcontinent bears the nickname “Indian Silicon Valley”. Because almost all well-known computer and technology companies are located in large technology parks such as Electronics City or the International Technology Park. 150,000 IT specialists from all over the world live and work here alone. 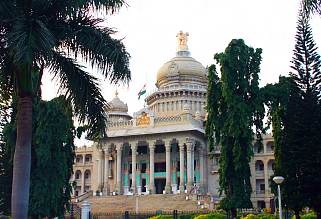 Parliament is one of the city's chocolate sides

In addition, Bangalore is considered a center of biotechnology and the aerospace industry. Hundreds of kilometers away from China and to the borders of Pakistan, where there are repeated military tensions, especially in the Kashmir region, the Indian government established the Hindustan Aeronautics Limited (HAL). HAL builds civil and military aircraft, while the Indian Space Research Organization successfully develops and launches satellites and rockets. 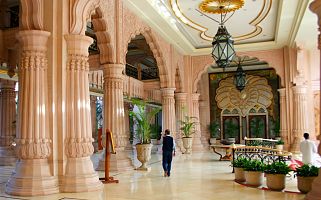 The Leela Hotel is also splendid

As early as the 1950s, Jawaharlal Nehru prophesied that Bangalore would one day become “India's city of the future”. And the former prime minister was right. Bangalore is the flywheel of the Indian economy, which is forecast to be the third strongest in the world in 2020 after the US and China. The growth rates in Bangalore are more than forty percent. This is also reflected in the fact that the fastest growing city in Asia is expanding in all directions. In addition to extensive boulevards and spacious parks, construction cranes therefore determine the cityscape. Residential and office complexes made of glass, steel and concrete are springing up like mushrooms.

“Bangalore is a perfect place”, assures Rawul. An assessment that the British colonial rulers shared in bygone days. Probably also because thanks to its location at 920 meters above sea level, in contrast to large parts of the Indian subcontinent, the city has ideal climatic conditions. Temperatures rarely rise above 30 degrees Celsius. 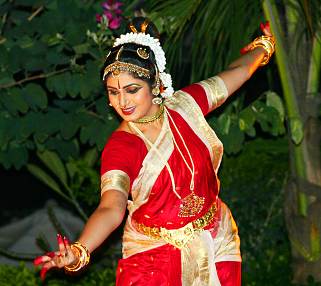 The city was founded, as Rawul reports, in 1537 by Kempe Gowda (1510–1570), a prince of the Vijayanagar empire. On the other hand, a popular legend claims that an old woman in the 10th century saved King Veeraballa's life when he got lost in the forest. The old woman gave the regent boiled beans to eat. Out of gratitude, the king is said to have baptized the patch of earth that marks the urban area of ​​today's Bangalore in “Benda Kaluru”, the “city of boiled beans”. When the British took the city in 1799 after defeating Tipu Sultan's troops, they anglicized the name to Bangalore. 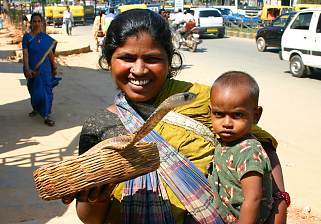 The snake is said to bring good luck

Suddenly our little history lesson is interrupted. While we are standing at the traffic lights, a woman has approached our Tuc-Tuc. She holds out her hands to me with a small raffia basket. Then she lifts the lid and a snake cranks its neck. I back away fearfully. Yes, I think and use old clichés, India is the land of temples, turbans and snake charmers. Rawul laughs at me and calls out: “Touch the snake. It brings luck. " But I remain skeptical and do not want to touch the deceitful-looking reptile, even if this supposedly promises luck. Instead, I pull out the camera and a few rupees before capturing the woman and the queue on the memory card.

Oases of calm in the boom town

The drive continues along the busy main shopping streets, Kempegowda Road and Mahatma Gandhi Road with their cyber cafes, discos, fast food chains and boutiques, and through the lively Chikpet bazaar area. There is an incredible bustle here. It smells of sandalwood, spices and oriental fragrances. Women in magnificent saris turn the hustle and bustle into a moving picture book full of cheerful colors. Tipu Sultan's summer residence is located southwest of the market. The palace from 1791 is in the immediate vicinity of a Hindu temple that is well worth seeing. 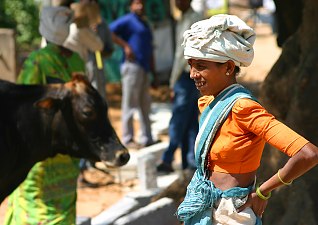 In the bustle of the main streets

The next destination of our little city tour is Lal Bagh, a botanical garden from the 18th century. We drive countless scooters on which families of four to five without helmets and kidney belts can squeeze in the rider's seat or on the driver's lap. Because the one hundred hectare site is a meeting point and changing area for the Indian middle class. Picnic, stroll, see and be seen - and this between one of the largest collections of rare tropical and subtropical plants in the country - are not only a must here on the weekends. Lovingly landscaped lotus ponds, a British-style glass house and a number of trees planted by Queen Elizabeth and Nikita Khrushchev make the botanical garden an oasis of calm in the middle of a booming metropolis.

In the Lal Bagh Botanical Garden

A second large park in the heart of Bangalore is criss-crossed by numerous traffic arteries. The lovingly laid out Cubbon Park houses the Government Museum with its up to 5,000 year old exhibits from different periods of rule by South Indian dynasties. The state government and parliament of Karnataka are only a stone's throw away in the imposing Vidhana Soudha, a 46 meter high granite building from 1956. For a city that sprints towards the future with seven mile boots, the parliament building is fifty years old Almost a historical peculiarity under its belt. 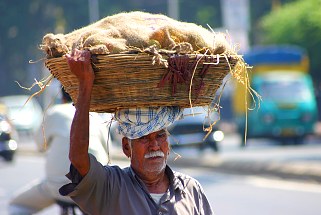 The porter is also involved in the boom

Because one thing becomes clear on the short and entertaining city tour: Bangalore is booming. You can literally watch the city grow. And no matter which corner our Tuc-Tuc turns, Bangalore is like a lucky bag. There is something to discover around every bend. 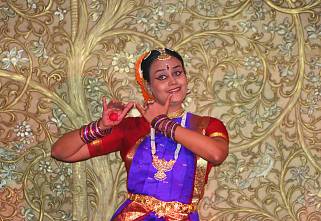