What is a data funnel

What will the raw material of the future cost?

Data is the raw material of the future and the citizens are the producers. A telephone company offers citizens a business with the product personality. Google and Co. should pay.

Receiving data free of charge for commercial exploitation - a business model like Mark Twain? (Image: miklyxa - fotolia.com)
Is information about buying behavior on the Internet worth money? Naturally. Namely, they can be used to create buyer profiles. In this way, you can offer consumers tailored advertising. The same applies to search queries and much more, which is used to feed companies online with tips about personal preferences. This knowledge is the basis of data-driven business models. Our buying and leisure behavior is just as silvered as health information and ultimately our entire lifestyle, as revealed by data traces. Many users don't think about money. After all, you can network and search for free. Unlike the users of the services, their providers mainly think of money.

Data can make you rich

Data services have gotten rich with data in no time. Alphabet, Google's parent company, is worth an unimaginable half trillion dollars. Not bad for a company whose nucleus was founded in 1998. As the most valuable German brand, Mercedes-Benz slaved much longer for its 25 billion euros. So data are valuable raw materials and the future belongs to them. But who owns the raw material, i.e. the data? Is making the cinema program findable on the internet for free is an appropriate consideration for us providing Google with the personal taste of films free of charge, which the company uses as raw material?

Telefónica wants to offer a payment platform for data

From 2017, the Spanish telephone company Telefónica wants to offer a platform on which users can provide their data in order to be paid for by Google, Apple, Facebook & Co. This means that the customer knows what data the groups have at their disposal. He can also decide whether and at what price and for what purpose the information is passed on. The producer of the raw material should therefore be included in the utilization chain of his personality. A strong thought. In addition, the model creates transparency, because the decision on the disclosure of the data requires the knowledge and consent of the person concerned about the use of the data.

Is it macabre to pay with personality?

Doesn't it sound macabre to market your private information; what and how much do you eat and drink or how much sport do you do? No, you can if you want to. Every artist lives from the marketing of the personality in his works. Even when disclosing data, you have to have the chance to agree to the evaluation and marketing of your personality, or to refuse it. It is unfair and legally barely understandable that only the users of the data raw material earn money, while its producers are not involved.

The new EU law of the General Data Protection Regulation, which has been adopted and will take effect from May 2018, provides for a so-called coupling ban. According to this, users must not be forced to use their data to pay for online services on the Internet. For online services and the advertising industry, a model like the one Telefónica would like to establish would not fit into the concept. On the one hand, it entails the need to pay for information that is now freely available when using services. On the other hand, a fair price must be fixed for the raw material, which is also personality. It may be isolated or hardly worth anything as a snack, but the sum total can be unimaginable in a reasonable amount of time if you are clever. Put it this way, a data pay model is overdue.

Receiving data free of charge for commercial exploitation by setting up a data funnel with a communication function is a smart business model. It is reminiscent of Tom Sawyer, who sells painting a garden fence to his friends as a leisure activity. It will take time to figure out the business idea. According to this, the state and society must decide whether they will accept in the long run that the recycling chain for the raw material of the future does not reach the producer. 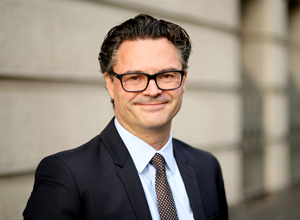 Prof. Dr. Rolf Schwartmann is head of the Cologne Research Center for Media Law at the Technical University of Cologne and Chairman of the Society for Data Protection and Data Security (GDD). He heads the data protection focus group for the Federal Ministry of the Interior as part of the Federal Government's digital agenda.