What are some alternative locations to Alibaba

Ali Baba is a simple lumberjack who has achieved great things: He outwits a gang of robbers and in the end obtains - Sesame, open up! - a fantastic treasure; as far as the fairy tale from the collection of stories Arabian Nights. The story of Alibaba founder Jack Ma, who has since turned the company into a global corporation, is similarly magical, but real. But what actually belongs to Alibaba, what should German online customers look out for when shopping for bargains and retailers when selling - and is Alibaba already better than Amazon? 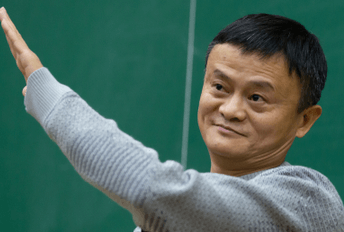 Jack Ma was actually an English teacher before he started the website alibaba.com - a B2B online marketplace to this day - together with his wife Zhang Ying, 16 friends and 60,000 US dollars in start-up capital in April 1999. They then founded the Alibaba Group, which became the umbrella company for a variety of other companies, marketplaces and services. Jack Ma was still CEO of the Alibaba Group until 2013, but in the meantime he has not only more or less withdrawn from the company, but even disappeared completely for several weeks in autumn 2020. It is believed that the Chinese government put pressure on him after previously criticizing the Chinese banking system.

Why is Alibaba called that?

Is the Chinese company Alibaba really named after the fairy tale character Ali Baba? Yes, Jack Ma is said to have chosen the name because it is known worldwide and easy to pronounce in different languages. During a stay in a café in San Francisco, he is said to have spontaneously asked 30 passers-by whether they knew the character: Indians, Germans, Japanese, Chinese - everyone was familiar with Ali Baba, and the company name was ready. By the way, there is also Alimama - this is the Alibaba Group's advertising platform.

Online shopping at Alibaba or AliExpress - is it worth the bargain?

How can European users shop on Alibaba's online platforms and what should they look out for? German online shoppers can try their luck on the German offshoot of AliExpress, which at first glance appears more colorful and lively than the German Amazon Marketplace, for example. There is also a dedicated live streaming area where retailers can present themselves. The automatic translation of the website leads to a lot of untrustworthy spelling errors. 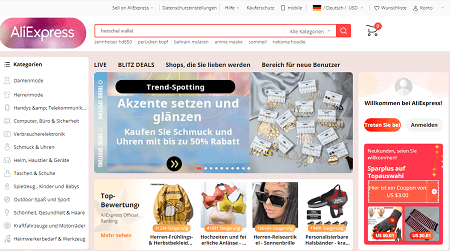 More and more German online buyers are using AliExpress - and accept poor quality and long delivery times for bargain prices and unusual products, as an ECC study showed. We examined cheap marketplaces like AliExpress, Wish and Joom in a separate post. There are also a lot of counterfeits and dangerous products in circulation on AliExpress - and the shipping costs from China are often not visible to users. Both the Stiftung Warentest and the Hessen consumer center have tested AliExpress, among other things, and are therefore sometimes warning against purchases on the Chinese platform.

Tips for shopping online at AliExpress: This is what customers should pay attention to

If you still want to shop at AliExpress from Germany, you should pay attention to a few things:

Every year on November 11th, Singles Day, Alibaba invites online shoppers to purchase ecstasy via its various platforms - and the shopping event continues to record superlatives. Alibaba started Singles Day in 2009 to sweeten the single life of single online shoppers with short-term bargains as an anti-Valentine's Day. The annual Singles Day date - 11/11. - refers to being single with its four ones.

Alibaba's Singles Day again delivered impressive figures in 2020: goods worth around 48 billion euros are said to have been sold - but the marketing campaigns also ran over several days. Of course, there are always comparisons with Amazon's Prime Day, which had sales of around 3.5 billion US dollars on October 13 and 14, 2020. At Prime Day, Amazon is focusing more on selling its own products, while Alibaba is bringing third-party providers and brands to the fore, as Elena Gatti from consulting company Azoya explains in an interview on Singles Day and China Commerce. In this video, Alibaba shows the highlights from Singles Day 2020.

Alibaba versus Amazon - who is better?

Speaking of Amazon, the big world of global e-commerce is basically split between Amazon, which rules America and Europe, and Alibaba, which dominates China. With all the superlatives of the two companies, experts and online shoppers keep asking themselves: who is actually stronger, bigger, better? Like much in life, that is a question of perspective - and what exactly you want to compare and how: The two companies as a whole, individual online marketplaces or services? Based on sales, (operating) profit, popularity, products sold, market value?

In terms of global total sales in fiscal year 2019, Amazon is clearly ahead, as the e-commerce institute has analyzed. The company Amazon comes to around 280 billion US dollars, the Alibaba Group only around 72 billion US dollars, about a quarter of the Amazon result. However, things are already different when it comes to net profit in 2019: Alibaba is ahead of Amazon with US $ 20 billion, ahead of Amazon with US $ 12 billion. Both have good prospects in the future: Amazon has benefited immensely from the corona pandemic, Alibaba controls China, one of the most important e-commerce markets with a gigantic, wealthy middle class - and Amazon has already given up there.

This infographic shows a comparison of the gross merchandise value (Gross Merchandise Volume) of 2019, which is especially important for online marketplaces: Here, in turn, Alibaba's platforms Taobao and Tmall are in front of the Amazon marketplace. 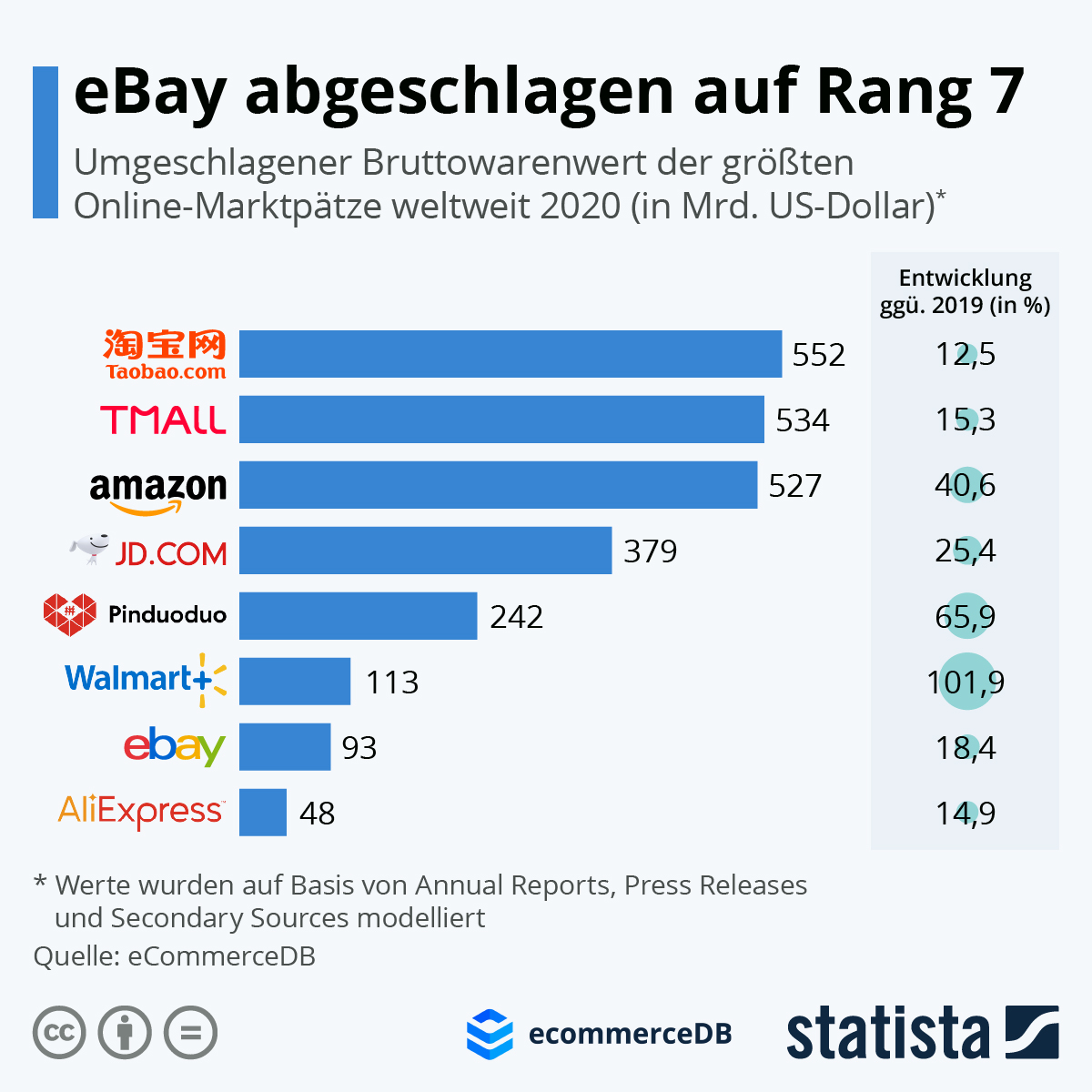 Selling via Alibaba: This is how online retailers can use Tmall Global and Co.

Not only bargain shoppers, but also German online retailers and companies can use Alibaba's platforms. Internationally known brands such as FC Bayern Munich have been selling via Alibaba's marketplace Tmall Global since 2015, which offers especially foreign brands and retailers access to the Chinese middle class who are ready to buy and have a strong affinity for the West. Western luxury products and "Made in Germany" are very popular with many Chinese buyers. However, German suppliers have to consider a lot when selling to China - from cultural to platform-specific peculiarities, as Elena Gatti explains about a market launch in China: "The Chinese market is very competitive and consumers are very spoiled - Perfect is too slow for China", says the expert from Azoya.

Alibaba dominates in China, but is still very little known in Germany and Europe. However, the group also wants to target the European market in a targeted manner - both in online and in brick-and-mortar retail. The Chinese company opened its first stationary store in Europe in the Spanish capital Madrid in autumn 2019. Spain is currently the most important foreign market after Russia and the USA. It is not yet known whether and where further branches will be opened.

In any case, online trading to Europe will continue to be expanded; the most important bridgehead is the logistics location in Liège, which is scheduled to open in 2021. Another location is also planned in Bulgaria. Alibaba recently announced that it wanted to deliver to Europe even faster with a new route between Hong Kong and Madrid.

All these steps will make Alibaba and its platforms even better known and more effective in Germany and Europe - but whether the Chinese giant can dispute Amazon for the territory in these latitudes is uncertain.