What does the symbol 45 mean?

You are sitting by a lake, your neighbor has suspicious tattoos. Is that just ugly now - or is it already a Nazi? We'll help. 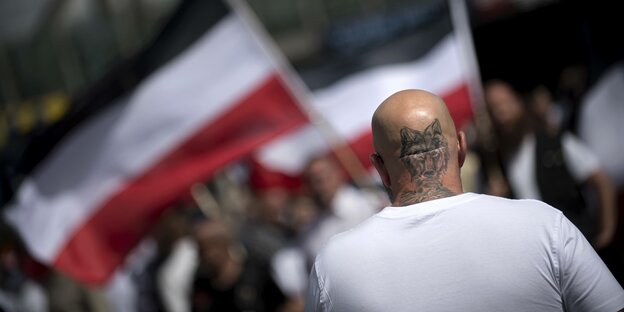 Would you smear sunscreen on this young man's back? Photo: imago / IPON 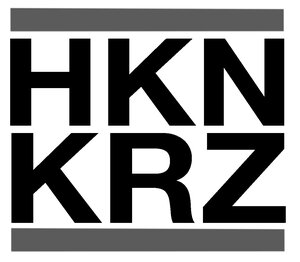 The swastika as a symbol is forbidden, the word swastika - or, following the fashion as an abbreviation without vowels: hknkrz - but not. That is why the lettering - preferably in the colors of the Nazi flag: black on a white background with red bars above and below - is popular with trend-conscious neo-Nazis, be it as a flag, a T-shirt or a tattoo. 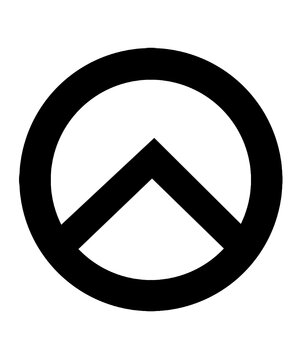 The Greek letter lambda is first and foremost: a letter. But it is also, as a yellow symbol on a black background, the symbol of the right-wing and racist Identitarian Movement (IB). The IB, which likes to portray itself as a hip youth movement, stands for modern, but still very old racism. In this context, the lambda is supposed to symbolize the struggle of the Spartans against the numerically superior army of the Persians - and create a parallel to the allegedly necessary resistance of the Europeans against alleged "Islamization" or "foreign infiltration." 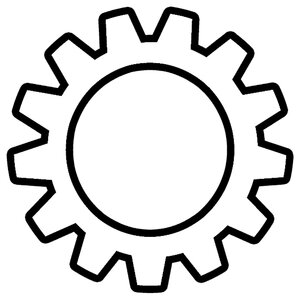 A gear - harmless at first, right? In NS, the cog wheel with a swastika in the middle was the symbol of the largest NS mass organization, the German Labor Front (DAF) - the unified association of workers and employers with 5.3 million members. With a swastika or the lettering FAP (for the Freedom German Workers' Party, which was banned in 1995), the symbol is banned today. But the NPD also likes to put its signature in it, as well as Free Comradeships. And because there are umpteen gears that are not related to the Nazis, you are fine with it. 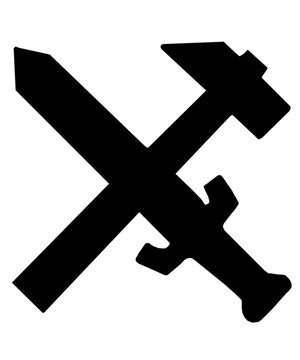 The symbol for the alleged national community of workers and soldiers was, among other things. from 1929 so-called Gaufeldabzeichen of the Hitler Youth. Even today neo-Nazis like to use it to underline their supposedly socialist positions, for example the neo-Nazi network Anti-Capitalist Collective. 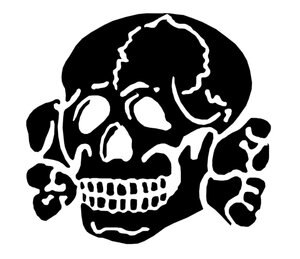 One of the most important symbols of the SS, next to the so-called sig rune, the jagged stylized "S". The SS death's head associations were primarily responsible for guarding the concentration camps. Neo-Nazi bands or the banned right-wing terrorist organization Combat 18 use the skull as an emblem. The symbol is forbidden in Germany - but only in the exact representation, with closed teeth, the specific skull sutures and the crossed bones inside the skull. Slightly modified representations are not punishable - and a tattoo motif popular among neo-Nazis. 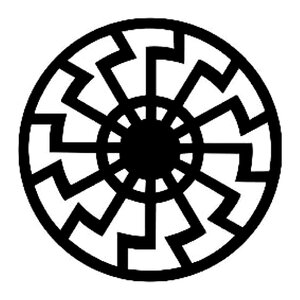 The black sun is a symbol of the SS and can be interpreted either as three swastikas placed one on top of the other or as a wheel made of twelve sigrunas. The SS let concentration camp prisoners embed the symbol in the floor of their cult site, the Wewelsburg near Paderborn. Since, unlike the swastika, it is not forbidden, neo-Nazis still like to use it as a substitute symbol. 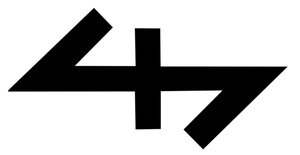 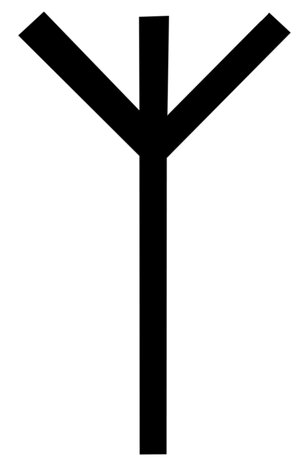 The life rune is a symbol for life used everywhere in the völkisch movement - and replaces, for example, the * in birth certificates or, in an upside-down version as a death rune, the † in obituaries. Under National Socialism, the rune stood for the Lebensborn, an association whose aim was to promote the birth of as many "Aryan" children as possible - on the basis of the National Socialist racial ideology. It was also a symbol of the SA medical service and the German women's organization. In these contexts the rune is forbidden, otherwise not. It is supposed to represent a man with outstretched arms and symbolize the strength of the people. 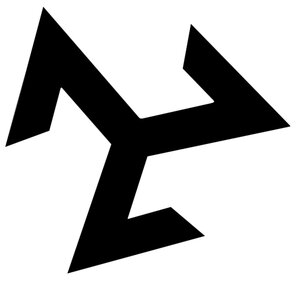 The triskele is an old symbol that is widespread in the Celtic and Nordic cultures - but there mostly with rounded arms. The angular variant resembles a three-armed swastika and is used, among other things, by the banned neo-Nazi network Blood & Honor - the symbol is only prohibited in this or other clearly right-wing extremist contexts. That is why the triskele is popular with neo-Nazis in both angular and rounded shapes. The American Ku Klux Klan also uses the symbol. 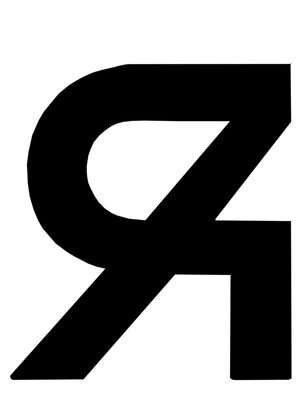 Remigration is one of the buzzwords of the New Right and is closely linked to the conspiracy theory of the “great exchange” (Renaud Camus) - that is, the alleged displacement of an ethnically homogeneous population by mostly Muslim immigrants. Racists, like those of the Identitarian Movement, demand nothing more than “foreigners out” with this fine-sounding term. In Germany no symbol has been established for the term, in France there is already a separate movement under the upside-down R: the “mouvement pour la remigration”.