How tough is tortoiseshell 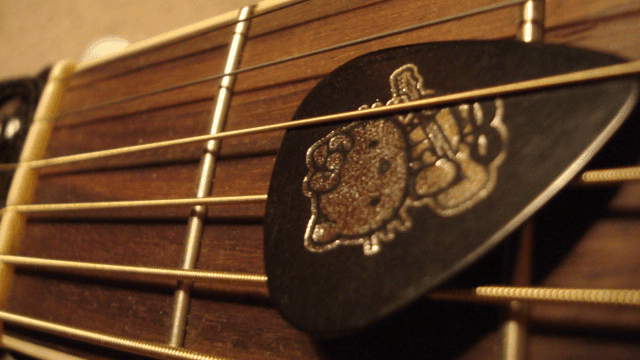 Which picks are there? And which pick is right for you?

Which picks are there?

Especially as a guitar beginner you quickly feel overwhelmed. You go to the music store and find tons of picks to choose from. But which one is right for you? Answering this question is not necessarily an easy one. It depends on your playing style, the sound you want to create and which picks are comfortable and easy to play for you personally. 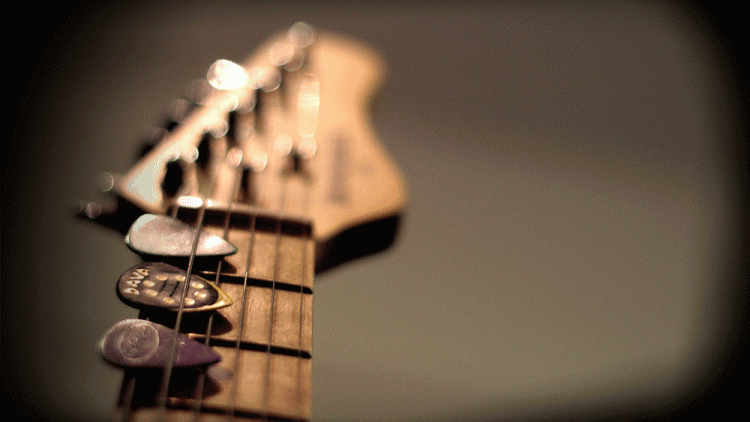 Picks: Hard or Soft? Colorful or subtle? Everyone has their favorite! Image: flickr.comCC BY 2.0

In fact, until the 1970s, picks were mainly made of tortoiseshell, sometimes also of horn. The advantage was that it had a short and very slow wear and tear. Nylon had been on sale since 1938, but tortoiseshell was preferred because of its long durability. Unfortunately, the turtles were later threatened with extinction, as they not only made good picks, but were also eaten or used to make other products. So finally nylon picks were increasingly produced, which were much cheaper and came close to the tortoise shell picks in terms of playing feel. But from now on, not only nylon was used as the sole manufacturing material. There were also many others such as celluloid, aluminum, stone, wood or even hard leather. Regardless of what, everything was experimented with that halfway appeared to be suitable.

It is not only the material that makes a decisive contribution to how well a particular pick works for you, but also the other properties, such as shape, thickness and type of the pick.

First of all, you should see if you are playing thick or thin guitar strings. Because then it is decided how strong your pick should be. It is just as important which playing style you have: Do you mainly play chords and acoustic guitar? Then it should be a soft pick with which you can easily strike any string.

On the other hand, if you play hard rock and metal riffs, then it should also be a hard pick. If you play solos, you should use a pick that is as pointed and hard as possible, with which you can strike individual strings very precisely and at high speed.

Another very important point is the grip of a pick: It is only a good choice for you if it fits your hand really well and does not keep slipping out. That's why you should just pick up the picks in the shop and feel the material.

Well-known guitarists and their picks:

Exotics: to use or not?

As already mentioned, there are picks made of almost all materials that prove to be suitable, look beautiful, or can be sold in some other way. With beautiful handcrafted wooden picks, for example, the question is whether they are really easy to play or not just keep them in your pocket as a lucky charm or accessory. In any case, I haven't tried them yet, but they are certainly a very nice gift for everyone who loves guitars.
Aluminum picks, on the other hand, may not look that special, but some like them because of the sound and feel. The only problem is that they aren't good for the guitar strings and they wear out quickly. In general, however, the same applies here: a matter of taste, just try it out and play with it.

In addition to the exotic materials, there are also picks that differ in their overall type from standard picks. Finger and thumb picks are known to be not for everyone. Nevertheless, they too deserve a closer look. The Fred Kelly Bumblebee pick, for example, is a useful tool for creating a nice alternating bass with your thumb. What is particularly practical about it is that it consists of a normal pick attached to a thumb ring. You can move it in whatever way is most comfortable for you, i.e. right, left, forwards and backwards. Finger picks, on the other hand, are mainly known from the game of banjo. With their help, the musicians manage to play an extremely precise and accentuated touch. With the guitar you can of course also make use of this. You just have to practice enough to get used to dealing with the initially strange-looking picks and to learn how to play well.

Recommendations for finger and thumb picks

My tips for good standard picks:

Here are my two favorite picks that can be used as everyday weapons:

Try it Yourself: Just try it out

Ultimately, however, it is all a matter of taste, type and habit, which you can gradually find out by simply trying it out. I also tried what felt like 1000 picks until I found my favorites.

Depending on the genre and musician, there are always certain tendencies towards a certain type of pick, but there, too, there are quick deviations from the norm.

And which picks do you prefer to play?