Has your teacher ever done anything inappropriate?

Teachers at the limit - Do teachers really have reason to complain? A fact check

"Let's finally teach again!" Under this slogan, the Association of Public Service Personnel (VPOD) launched a petition together with teachers in March.

The union denounces the working conditions in schools. These made a large number of the teachers sick. Studies have shown that the state of health of teachers leaves much to be desired compared to the general population. "Many teachers are on the verge of exhaustion or health problems, or even burnout," they complain.

The reasons, according to the unions: budget cuts, poor wages, overcrowded classes, more and more tasks. But are these allegations true? A fact check.

It is the club that hurts the most: the alleged decline in education in Switzerland. The accusation drives teachers, schoolchildren and parents to demonstrate again and again on the street.

The most recent protest on the subject took place in Bern at the end of March this year. "We are here, we are loud because our education is being stolen," the demonstrators chanted. The Confederation and the cantons are driven by "austerity" and would undermine education.

There is no actual reduction in education.
Author: Stefan WolterEducation economist

In fact, in the last few years individual cantons have taken austerity measures that have also affected education and thus the teaching staff. The umbrella organization LCH has calculated that between 2013 and 2015, “services worth at least CHF 265 million were reduced” in the cantons.

The education economist Stefan Wolter puts this development into perspective: "There is no real downsizing in education," he says. Wolter is Director of the Swiss Coordination Office for Educational Research in Aarau. Among other things, he researches public spending on education over the long term. 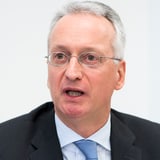 A look at the surveys of the Federal Statistical Office confirms this: In 1990 Switzerland spent 15.8 percent of total government spending on education. In 2015, it invested 17.2 percent of total spending, as the latest available figures show.

In absolute numbers: within 25 years, spending on education has more than doubled from CHF 16 billion to almost CHF 37 billion.

According to Stefan Wolter, more money per individual student means: "More money has flowed into the lessons, be it that the classes were smaller, the supervisory relationships better and in some cases - even if only in small steps - the teacher's wages were raised."

Even in cantons where significant savings were made after the financial crisis, education spending shows growth over the long term - even if the number of pupils across Switzerland fell in the noughties.

The canton of Aargau, for example, spent 500 million francs on primary schools in 2009, and in 2014 this amount climbed to 600 million francs. In 2016/17, spending fell slightly below the 600 million mark, but this year it is already well above it. According to the planning, the tendency for the next few years will continue to rise.

The VPOD calls for smaller classes in its petition. Today's class sizes of a maximum of 25 children are perceived by the teachers as “sources of stress and strain”.

The fact is that the class sizes in Switzerland are at the lower level in an international comparison. According to the latest education report, Link opens in a new window Switzerland from 2014 (the next education report will appear in June) an average of 19.1 children sit in a class at the Swiss primary school. In the 35 countries of the OECD there are significantly more, namely 21.3 children.

Politically, the demand for smaller classes has never been able to win a majority.
Author: Silvia Steiner, Director of Education, Zurich

The relationship between childcare providers is similar: on average, there are almost 16 children per teacher in OECD countries, and one less child in Switzerland.

Silvia Steiner (CVP) flatly rejects smaller classes: “This demand is illusory. It has never actually been able to win a political majority and it will not be in the future. " 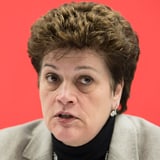 The CVP politician Silvia Steiner is the incumbent government councilor of the Canton of Zurich and head of the Education Directorate as well as the President of the Swiss Conference of Cantonal Education Directors.

The distribution of large and small classes is interesting, as the education report emphasizes: This is very heterogeneous in Switzerland. In some parishes and schools the classes are only half the size of others; the proportion of the large classes fell sharply between 1990 and 2010, while that of the small classes rose markedly.

Author Stefan Wolter describes the complaints regarding “overcrowded classes” as partially justified when it comes to schools with a migrant share of 80 percent, and when there are 25 students in a class.

"But the reality is often different," says Wolter, "you are in the country, have ten or twelve schoolchildren in one class, and not a single one of them has a migration background." A lot of money could be saved, the economist analyzes, if only the class sizes were adjusted to a certain benchmark everywhere.

The umbrella organization LCH has been complaining about the allegedly poor wages of teachers for years. These are “significantly lower than those of professionals in other industries with comparable requirements”. The association calls the wage situation in kindergarten and primary school "precarious" and "discriminatory in many cantons".

In other branches of the economy such as financial services or chemicals and pharmaceuticals, wages have risen by almost 30 percent since 1990. Teacher wages, however, could not even have kept pace with the average 14.4 percent increase across all industries. However, with higher wages, the teaching profession would be more attractive, argues the LCH, “and positions could be filled with suitable and well-trained staff”.

But what are “comparable requirements”? And how much is that actually worth in the market?

Those who want to become a primary school teacher nowadays have to complete a three-year bachelor's degree at a pedagogical university. With this technical college degree in their pocket, female career starters in German-speaking Switzerland earn an annual wage of between CHF 71,400 and CHF 90,800 (survey by the German-speaking Swiss Education Directors Conference D-EDK 2017). In the 11th year of service, the average annual wage of a primary school teacher climbs to 99,700 francs.

Wages continue to rise steadily until retirement, although the cantonal differences are considerable: the canton of Zurich pays the most at 140,000, while Graubünden is the most stingy with a maximum wage of 110,900 francs. According to the statistics of the D-EDK, Graubünden pays the lowest salary ever: 60,000 francs starting wage for kindergarten teachers.

With which sectors can the wages of primary school teachers be compared? More realistic than the comparison with the finance or pharmaceutical industry is those with freelance professions such as architects or journalists or with the health and social professions. Here, too, most of the people who work in these professions have at least a technical college degree - but they earn less or at most as much as teachers.

Teachers would not find a much better situation in other professions.
Author: Stefan WolterEducation economist

Education economist Stefan Wolter says that there have been no big leaps in wages anywhere in recent years, neither in the public sector nor in the private sector. "The phenomenon of wage stagnation has affected all workers in this country," he sums up. And: "If teachers were to drop out of the teaching profession, it can be assumed that they would not find a much better situation in other professions."

Teachers complain that they have to take on more and more tasks that are actually not part of the core business of teaching. The Solothurn curative educator and canton politician Franziska Roth (SP) sums it up: “There is no area of ​​society that has not somehow passed from politics as a mandate to education, be it addiction prevention, be it violence prevention, sex education, dealing with digital Media etc. » 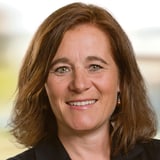 Franziska Roth is curative educator, president of the SP Solothurn, canton councilor and councilor of the city of Solothurn. She is a member of the Education and Culture Commission of the Canton of Solothurn.

Conversely, this development has led to the fact that very differently qualified staff are deployed in school buildings to assist the teachers with extraordinary tasks: school curative pedagogues, specialists in speech therapy, psychomotor skills or school social work, class assistants and support staff for day-to-day structures, school principals and managers as well as those responsible for IT or the promotion of talented students.

In short: just as the tasks in school have increased, so has the support from the teachers. But the teachers themselves often forget to mention that a lot of work has been done for them.

The work has become more demanding because the speed has increased.
Author: Remo AnkliDirector of Education Solothurn

“The work has generally become more demanding because the speed has increased,” says Solothurn's director of education Remo Ankli (FDP). However, you try to support teachers in your department as much as possible. 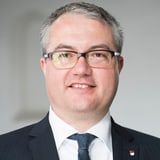 What remains of the teachers' complaints? It seems that in this discussion everyone sees and says what they want. The contradictions remain.