Why do the wage rates differ in the individual countries

Whether France, Slovenia, Denmark or Germany - all European countries have one thing in common: everywhere women earn less than men on average. Here you can find out how much the pay gap or the gender pay gap varies in the respective European countries and which different measures are taken to counteract it. 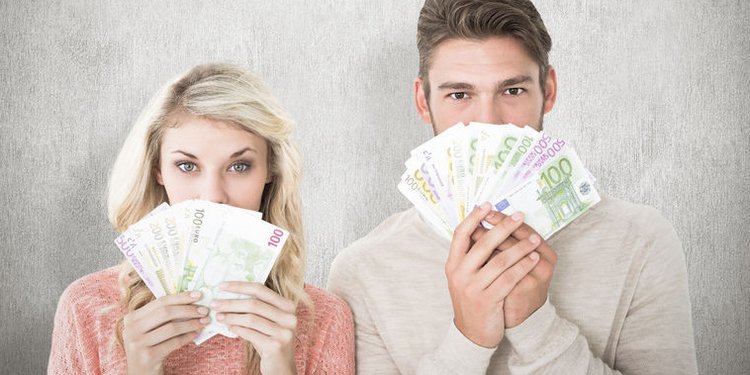 October 25, 2016 began cold and uncomfortable in Iceland, with gusts of snow and sleet doing the rest. But at exactly 2:38 p.m., the streets of Reykjavik's capital filled up. 50,000 women poured out of the buildings, schools, offices, factories; of all those jobs that they normally occupy by 5 p.m. on an 8-hour day. The reason for their demonstration is an intolerable injustice: Icelandic women still earn 14 percent less than Icelandic men. With their protest march every year since 1975 they have been drawing attention to the prevailing pay inequality between men and women. Why exactly at 2:38 p.m.? Because every Icelandic woman works "unpaid", so to speak, from 2:38 pm onwards due to the wage gap.

But not only the Icelanders get on average less salary than their male colleagues. There is a gender pay gap in every European country. In some countries this is smaller, in other countries the women receive a larger part of their salary.

According to calculations by the European Commission, the European gender pay gap is 14 percent (2018 figures). However, this European average points to great extremes: While Luxembourg on the lowest gender pay gap of scarce 1.4 percent (followed by Romania [2.2 percent] and Italy [3.9 percent]) Estonia With 21.8 percent an almost three times as large and thus the highest pay gap responsible (Austria [20.4 percent] as well as Germany and the Czech Republic [20.1 percent each] are slightly ahead of this). In a European comparison, Germany has a strikingly large gender pay gap of 19 percent (calculation based on 2019). This puts the Federal Republic of Germany in third from bottom position in Europe in terms of equal pay for women and men.

A direct comparison of the gender pay gap of the individual European countries is actually not that easy. In general, when interpreting the wage gap in a country comparison, it should be noted that it depends on many different country-specific factors: A high gender pay gap is an important indicator of the disadvantage of women in the respective labor market. However, other characteristics must also be considered get noticed. For example, a low gender pay gap can also go hand in hand with an overall low employment rate of women in this country, as is the case in Malta, Poland or Italy. The smaller wage gap in these countries is then partly due to the fact that women in the family phase (when the children are still young) mostly do not work at all, while in many other countries they only work part-time. As a result, they receive less hourly wages than men on average. * 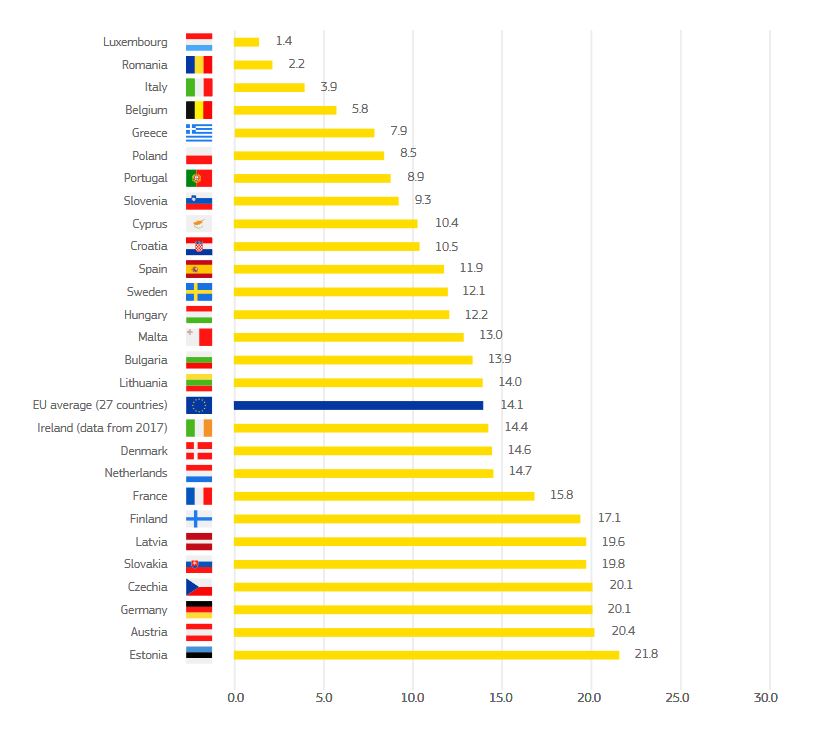 Strategies and measures to reduce the gender pay gap

It is true that the earnings differences between women and men in Europe have moved somewhat closer together in recent years. Nevertheless, demonstrations like the one in Iceland make it clear that there is still a long way to go, even in progressive countries where gender equality has already advanced in many areas. The topic belongs on the agenda everywhere!

There are very different measures, strategies and ideas to bring this forward.

The first version of an equality law was passed as early as 1980, which applies not only to the public sector but also to the private sector. Companies are required by law to take active measures to promote equality in the workplace. In 2009, an anti-discrimination law stipulated that all organizations with more than 25 employees must disclose wages every three years and analyze them for possible differences in wages. In addition, every year companies have to draw up an equality plan with specific tasks, including contains the result of the analysis of the salary differences, but also suggests measures to overcome them. The government organization Discrimineringsombudsmannen (translated: Equal Opportunities Officer) checks and evaluates whether the laws are adhered to and whether the quality of the equality plans is sufficient. In the event of non-compliance, it can also issue a warning to the relevant company, impose conditions or even demand fines.

Sweden is still struggling with a 12.1% wage gap between women and men, but there is at least a stable legal basis on which the causes can be combated.

As early as 1983, companies were required to report on equal pay. Today, every company with more than 50 employees is obliged to publish an annual report in which all measures to promote equality and equal pay as well as goals for the coming year must be listed. Since 2011, companies with more than 50 employees have been obliged to formulate in an equality strategy how the gender gap in the company should be closed. In addition, employees have the right to receive information about their remuneration and their job classification.

3.)    Germany - room for improvement with the Entgelttransparenzgesetz:

Equal salary for women and men for the same or equivalent work - that was the self-declared aim of the law to promote the transparency of pay structures between women and men (EntgTranspG), which came into force in 2017. An evaluation agreed in the law confirmed in 2019 that it does not have the intended effect in its original form. All three core elements of the law - right to information, test procedures and reporting obligations - do not have the intended effect in their current form. In its current version, the law is not consistently designed in the decisive places and falls far short of the self-imposed goal of achieving equal wages for women and men.

The most important levers that need to be turned: The right to information must apply to all employees, regardless of the size of the company. Because two thirds of women work in small and medium-sized companies and have so far been excluded from the law. In addition, there is an obligation to carry out certified test procedures and reports instead of a mere request - as well as sensitive sanctions in the event of non-compliance. Last but not least, the employees must be given the option of a representative action so that they are not left alone with the information they receive in the event of pay discrimination and the enforcement of their rights! You can find the DGB's opinion on the evaluation of the Entgelttransparenzgesetz here.

The examples show: There are a lot of ideas and possibilities to tackle the problem of the gender pay gap at institutional, trade union and civil society level.

Nevertheless, the above. Figures that even in those countries where equal pay is already high on the political agenda, more needs to be done to truly narrow the wage gap. It is important address the problem at all levels and not just to implement measures in individual areas.

Politicians, unions and employers just have to pull together. It is important to have the courage to change and to show the will to shape politics.