What is an electric bell

How does a bell (chime) work?

An electric doorbell is rarely used today. It consists of a bell and coils - but how does it work exactly? 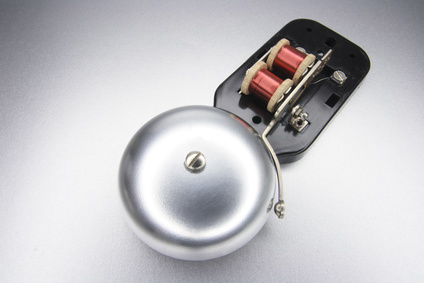 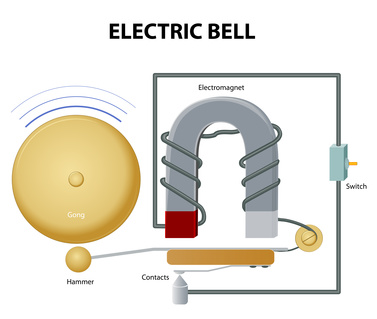 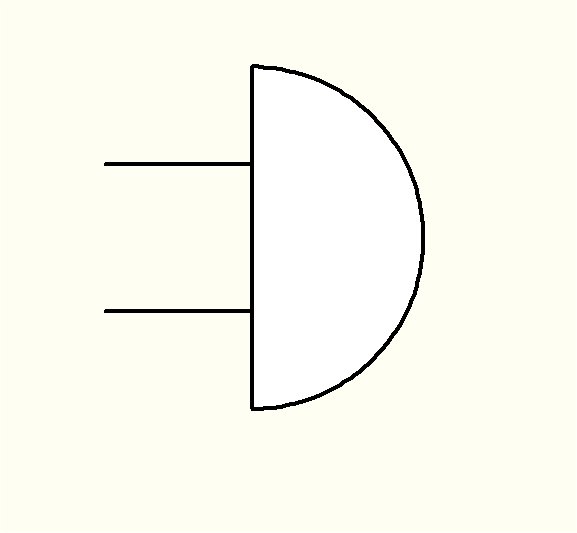 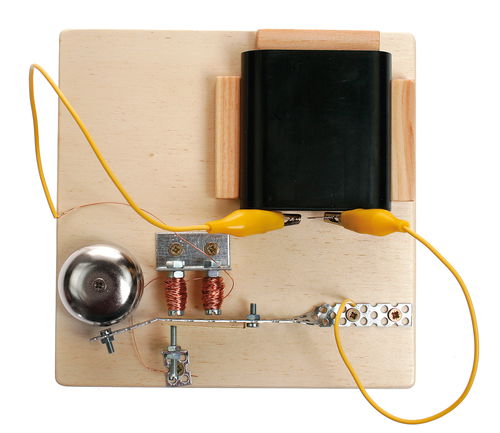 Electric bells are rarely used today. Anyone who has ever screwed on a bell could see coils of wire and small moving parts there. When the bell is supplied with electricity, a small clapper strikes the bell quickly and creates the typical "ringing" sound.

The construction of an electro-mechanical bell
The heart of a bell is a coil on a metal core - an electromagnet. When a current flows, an electrical conductor behaves like a magnet. It is surrounded by a magnetic field. In the case of a coil, the individual field lines of each winding (the individual magnetic fields) overlap and add up.

A metal strip (the "armature"), fixed at one end and moveable at the other end, is located near one of the poles of the electromagnet. At rest, the armature is in contact with a metal tip, the "contact" (it is pressed against it by its own spring force). A series connection is now made from a power source, coil, button, contact and armature. If you move the armature in the direction of the electromagnet, the contact is broken.

How the bell works
If you press the button (the "bell button"), a current flows from the power source via the button through the coil and the point of contact between "contact" and "armature". A magnetic field builds up in a flash, which is reinforced by the iron core of the coil. This magnetic field quickly pulls the armature towards the coil. This movement opens the point of contact between the contact and the armature. The electrical contact between the two ends. The current flow is interrupted!

The interrupted flow of current leads to the "switching off" of the magnetic field. The armature can no longer be tightened and due to its own spring action it swings back into the rest position.

From this moment on, the whole process starts all over again: Current flows again, the magnetic field is created again, the armature is attracted, etc. Since this sequence runs very quickly (the speed is limited by the mechanical inertia of the armature), the ringing noise occurs, which we know. Without the bell we would only hear a "rattle".

The breaker contact can usually be adjusted with a screw in order to get an optimal result. If you operate an open bell in the dark, you can often see small sparks between the contact and the anchor.

In electrical engineering, such a mechanism is called a "breaker", in this case it is a "self-breaker". This expresses that this mechanism works automatically. The inventor of this interrupter, Johann Philipp Wagner, gave this circuit its name ("Wagner'scher Hammer").

shopping in the shop